Chicago, IL, USA (April 16, 2021) - A federal judge has released former Outlaws motorcycle club leader Orville Cochran from prison six months early.
The judge ordered a “compassionate” release for Cochran, who had asked before getting infected because he had health problems that could make COVID especially dangerous for him.

His release came despite prosecutors’ objections. They argued Cochran already had gotten off relatively easy by getting a sentence of only five years in prison. 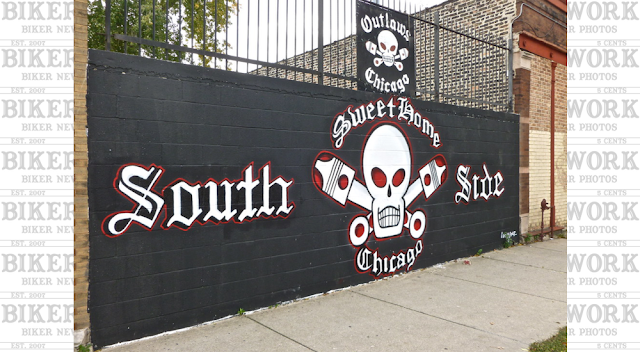 While serving a five-year sentence at a federal prison hospital in Rochester, Minnesota, Cochran wrote to the warden in April 2020 to apply for early release. He cited health problems and his fear that, if he got COVID, he wouldn’t be able to cheat death one more time. 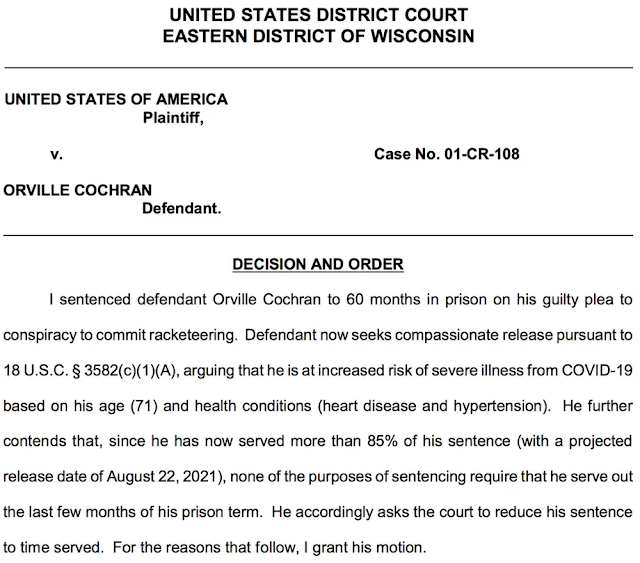 Decision And Order from Judge
He listed 10 medications he was taking and told the warden: “I believe that I am at very high risk of complications if in contact with COVID-19 because the heart and lungs are the two most dangerous conditions to have with COVID-19.”
SOURCE: ABC News
Email ThisBlogThis!Share to TwitterShare to FacebookShare to Pinterest
Labels: Biker News, Clubhouse, Motorcycle Club, Outlaws MC

Philippi, West Virginia, USA (April 14, 2021) - A Barbour County man, who is described as being part of a motorcycle club, is facing several felony charges.

On Tuesday, April 14, West Virginia State Police arrested Chad McLean 50, of Belington, a member of the War Dogs Motorcycle Club, for the felony of Soliciting a Minor and Displaying Obscene Matter to a Minor; the victim being a 14-year-old girl. 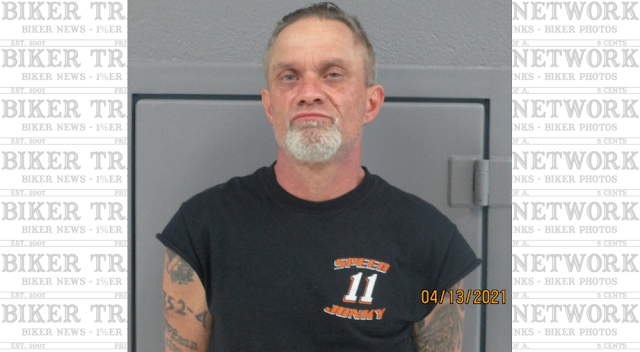 The girl told troopers that McLean had grabbed her genitals and asked her for various sexual acts through Facebook messages. McLean also sent the girl nude photographs of women, troopers said.

During a subsequent search of McLean’s residence, troopers found six marijuana plants and additional marijuana seeds, troopers said. He is further charged with cultivation of marijuana.

The Philippi Detachment of the West Virginia State Police is actively investigating the case with the assistance of the Barbour County Sheriff’s Department and Philippi Police Department.