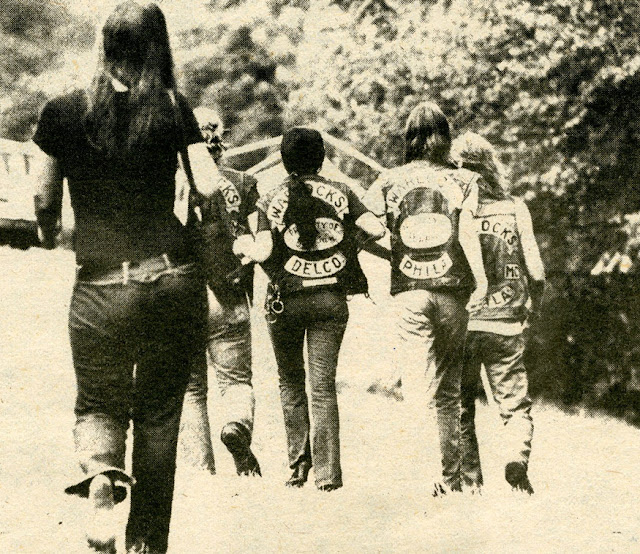 In the midst of Sunday’s festival activity, the Philadelphia Warlocks—roared up to the entrance gate to be surrounded at once by state police. Within a short time, festival co-chairman Bob Siegel and other cool heads on the security force negotiated the impasse to a compromise: Warlocks were allowed in free on the condition of non-destructive behavior and a promise to leave the grounds by 5 PM.—Amie Hill, Rolling Stone


Bikersinc is a grassroots Non-Profit Organization that provides assistance to Veterans and closes the gap between military service and civilian life.

They are a small but growing tight knit all volunteer group funded solely by private donations. After you donate, you’ll get your PayPal Giving Fund tax receipt by email