Albuquerque, New Mexico, USA (May 17, 2017) BTN — The man who shot a motorcyclist in March told officers it was self-defense. Several calls flooded 911 in less than five minutes.

The caller was referring to the scene at the "Hose It" car wash near Coors and Quail. A man had just been shot three times. 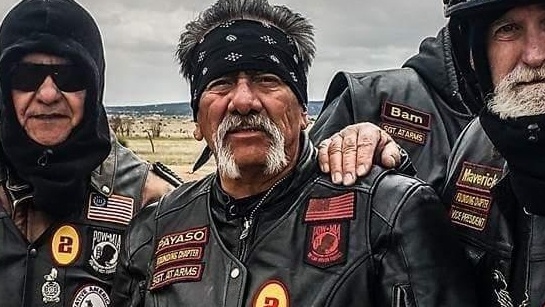 One of the callers was the shooter himself.

"There was a shooting over here at the car wash. Hose It Car Wash. The guy said he had a gun. Hit me in the face. I had a gun too," he said.

Earl Roybal, 59, had just been shot. One of the people who ran to his side was Shawn Tillman. He told officers on scene that he was trained in first aid and ran over once he heard the shots.


Just minutes before the gun shots rang out, surveillance video from the car wash showed Roybal washing his motorcycle, while his girlfriend stood by his side. A black car pulled up near the front of the stall. Witnesses told police Roybal and the man from the car got into an argument.

Then you see a flash from the gun shots.

When officers detained the man who admitted to shooting Roybal, they found a gun and a knife in his pocket. But the entire time, he insisted he shot Roybal in self-defense.

The Albuquerque Police Department has finished its investigation. The District Attorney's Office will now decide if the shooter should face charges or if it was self-defense.

Roybal did have a gun, but according to documents he never pulled it out.