Bronx, New York, USA (May 5, 2020) BTN - Francisco Rosado, 51, who headed the Bronx chapter of the Pagan's Motorcycle Club has been gunned down by two masked men on Saturday.

The suspected execution took place on Hollard Avenue near Boston Road in the Allerton section of The Bronx at around 3.20 pm. 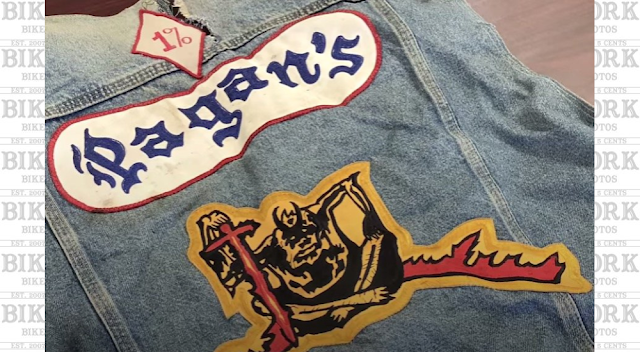 The video begins with a pair of men dressed in all black and wearing blue surgical masks getting out of a dark-blue Jeep and drawing pistols equipped with silencers to muffle the sounds of gunfire.

They sprint across the street aiming their guns, then return just moments later, jump back in the Jeep Cherokee and speed away. The video has no audio and does not show the victim getting shot.

According to police, Rosado was talking to someone in a parking lot when he was struck in the head and torso. He was pronounced dead at the scene.Surveillance footage shows the moment two masked gunmen exit their car in the Bronx before fatally shooting.

Moments later, the two men run back to the SUV and speed away, making their getaway by driving across the sidewalk and making an illegal U-turn. Rosado was struck in the head and chest and declared dead at the scene, police said.

No arrests had been made as of Monday night, according to police.