Lubbock, Texas, USA (October 7, 2020) - Justices with the Seventh Court of Appeals of Texas ruled that a 54-year-old man’s membership in a motorcycle club was not enough to convict him on a misdemeanor weapons charge that prohibits club members from possessing guns.

The September 28 ruling overturns 54-year-old Terry Martin’s February 2019 conviction of a class A misdemeanor count of unlawful carrying of a weapon. A jury in the Lubbock County Court of Law 2 found Martin guilty and levied a $400 fine with no jail time.

Justices stated in their opinion that while there was evidence he was a member of a group that met the designation of a criminal street gang, the state failed to show that he was engaged in criminal activity as a gang member. “Both gang membership and connection to criminal conduct are required,” the opinion states. 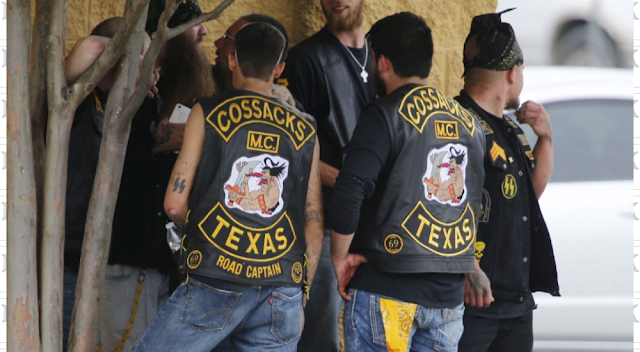 Martin’s conviction stemmed from an April 17, 2018, traffic stop by a corporal with the Lubbock County Sheriff’s Office for traffic violations including speeding, making an unsafe lane change and having a partially obscured license plate.

During the stop Martin told the corporal he had a weapon in his vest, which bore the Cossacks name and colors. Martin admitted to being a member of the Cossacks motorcycle club, which is recognized by Texas law enforcement as a criminal street gang, defined by statute as “three or more persons have a common identifying sign or symbol or an identifiable leadership who continuously or regularly associate in the commission of criminal activities.”

A gang member is one of three or more persons who continuously or regularly associate in the commission of criminal activities, according to statute. The unlawful carrying of a weapon charge includes a provision that prohibits members of a criminal street gang from possessing a firearm.

The corporal arrested Martin, who was booked into the Lubbock County Detention Center on the Class A misdemeanor. Under the statute, it is illegal for members of a criminal street gang to possess weapons.  Martin appealed his conviction citing 15 grounds, the last one citing insufficient evidence to show he met the criteria of a criminal street gang member prohibited from possessing a firearm.

However, justices ruled only on the insufficiency argument, saying his trial counsel failed to preserve the other grounds, which challenged the constitutionality of the statute, for his appeal by not raising them at his trial.

During Martin’s trial, prosecutors called on the arresting deputy, who told jurors he determined Martin was a member of the Cossacks based on Martin’s admission during the stop and his attire, which was the vest bearing the gang’s black and yellow colors.

He told jurors he was aware the Cossacks Motorcycle Club is a criminal street gang actively engaging in criminal activity in Lubbock. However, he said he did not know of any criminal charges filed against a Cossack members in the area.  “The only thing I do have is just intelligence,” the deputy said.

A member of the Lubbock Anti-Gang Center, who served as the state’s gang expert at trial, told jurors that the Cossacks is an outlaw motorcycle gang that operates nationwide engaging in assaults, threats of violence, intimidation and illegal firearms possession.

Among the criteria used by Texas law enforcement to determine gang membership include a judicial finding and self-identification by a person during a judicial proceeding. Martin was also entered in the Texas Gang Database by the McLennan County Sehriff’s Office and DPS in Waco.

Martin told jurors during the trial that he didn’t believe the Cossacks was a criminal street gang. He also told jurors he has never been convicted of a felony or a misdemeanor crime, other than traffic violations. Among the evidence presented to the jury of Martin’s criminal record was a May 2015 arrest in connection with the fatal shooting in Waco involving the Cossacks, Bandidos and law enforcement.

The shooting resulted in nine deaths and the arrest of more than 170 people, including Martin who was charged with organized crime. However, the charge was dismissed and justices ruled that it was insufficient to prove that Martin was a gang member that “continuously or regularly associated in the commission of criminal activities.”

“Both gang membership and a connection to criminal conduct are required,” the justice wrote in the unpublished opinion. “This single arrest, on charges which were later dismissed, does not establish that appellant continuously or regularly associated in the commission of criminal activities.”