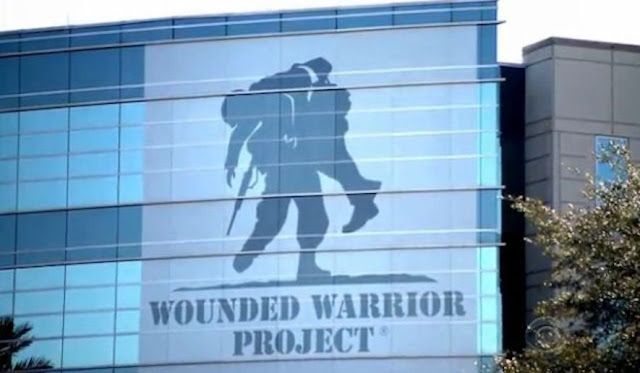 Dozens of former Wounded Warrior Project employees have accused the charity of needlessly spending millions of dollars in donations on lavish conferences and parties.

In 2014 alone, the Wounded Warrior Project (WWP) received more than $300 million in donations, yet it only spent roughly 60 percent of that on vets, CBS News reported. Other respected charities for wounded veterans, like the Disabled American Veterans Charitable Service Trust and Fisher House, reportedly spent more than 90 percent of their donations on vets.

CBS News spoke to more than 40 former WWP employees who accused the charity of out-of-control spending.

“Their mission is to honor and empower wounded warriors, but what the public doesn’t see is how they spend their money,” said Army Staff Sgt. Erick Millette, who recently quit as a public speaker with WWP. “You’re using our injuries, our darkest days, our hardships, to make money. So you can have these big parties.”

Spending on conferences and meetings went from $1.7 million in 2010, to $26 million in 2014, which is the same amount the group spends on combat stress recovery, their top program, according to the charity’s tax forms obtained by CBS News.

“Let’s get a Mexican mariachi band in there, let’s get maracas made with [the] WWP logo, put them on every staff member’s desk. Let’s get it catered and have a big old party,” Sgt. Millette added.

Another former employee, who refused to be shown on camera for fear of retaliation, said the charity’s spending is “extremely extravagant.” He said the spending on resorts and alcohol is “what the military calls fraud waste and abuse.”

“A lot of the warriors I saw needed mental health treatment,” another ex-employee said. “They don’t get that from Wounded Warrior Project.”

Former employees say spending has skyrocketed since Steven Nardizzi took over as CEO in 2009, pointing to a 2014 four-day conference at a luxury resort in Colorado Springs, which cost about $3 million, CBS News reported.

WWP’s Director of Alumni, Capt. Ryan Kules, denied allegations of wasteful spending and denied that the Colorado conference cost $3 million, though he said he was not there and was unable to say what it did cost, CBS News reported.

He said the conferences are “the best use of donor dollars to ensure we are providing programs and services to our warriors and families at the highest quality.”

But Sgt. Millette said spending isn’t the only problem at WWP. He claimed the charity does a poor job of handling individual cases.

“I would raise issues. Why aren’t we doing follow up? Why don’t we have any case management?” he told CBS.

‘We don’t call warriors. Warriors call us,’ ” he recalled his superiors telling him. “Again, as a disabled veteran, it just makes me sick.”