Milton-Freewater, Oregon, USA, (May 20, 2022) - Two Milton-Freewater men, members of the Pagan's Motorcycle Club were recently convicted of assault in Georgia for attacking a restaurant patron in that state last May.

Dustin L. Wendelin, a corrections officer at the Washington State Penitentiary at the time he was arrested, and Charles Montgomery pleaded guilty to aggravated assault and were found in violation of the Street Gang Terrorism and Prevention Act on April 25, according to a Walla Walla County Sheriff’s Office release. 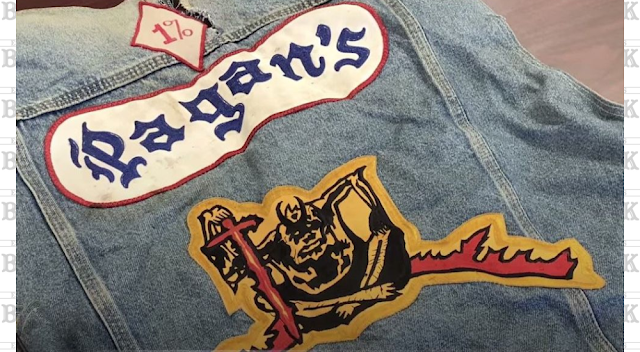 Both charges are felonies in Georgia. The men were given credit for serving more than five months in jail and could get up to 12 years of probation, the release said.

Wendelin and Montgomery were part of a months-long investigation involving multiple law enforcement agencies across the country that began with the Spalding County Sheriff’s Office in Georgia and the Bureau of Alcohol, Tobacco, Firearms and Explosives.

Officials with the agencies traced the men to Walla Walla and contacted the Walla Walla County Sheriff’s Office to assist in the investigation. Wendelin and Montgomery were arrested on a grand jury indictment in September 2021 and extradited to Georgia to face charges.

According to law enforcement, the two men are members of the Pagan motorcycle club. They hold leadership roles in the local chapter of the club in Umatilla County.