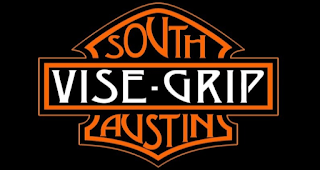 Three bikers jailed with more than 170 others for more than a week and a half following a deadly shootout at Twin Peaks were going home to Austin on Thursday, after winning significant bond reductions in an agreement with the McLennan County District Attorney’s Office.

State District Judges Matt Johnson and Ralph Strother approved bond reductions from $1 million to $25,000 each for Jonathan Lopez, Theron Rhoten and Ryan Craft, members of the Vice Grip Motorcycle Club who ride antique Harley-Davidson motorcycles. The judges said they met with District Attorney Abel Reyna Thursday and agreed to consider significantly lower bonds if attorneys for the bikers and Reyna’s office could reach accords. “The DA’s office is going to make a good-faith effort to try to work out some agreements on bond reductions,” Strother said. The three Austin residents were released on bail under the same conditions as two other bikers released previously after posting $1 million bonds each. Some of those conditions include requiring the men to wear ankle monitors, restricting their travel, setting curfews and prohibiting them from returning to McLennan County except for court appearances.


Waco attorney Jonathan Sibley represented the Austin trio and negotiated their releases with the DA’s office. He hopes charges eventually will be dismissed against his clients. “We are just happy that we were able to work with the district attorney’s office to reach an agreement to lower the bonds,” Sibley said. “We ultimately think the facts will show they had no involvement in anything related to this incident and we are happy to get them out and let everything play itself out. But we think the facts will show they weren’t involved in this in any way. They were just in the wrong place at the wrong time.” He said the three rode from Austin to attend the meeting of the Texas Confederation of Clubs and Independents, a biker advocacy group, and had only just arrived when the shooting started. McLennan County has been spending roughly $8,000 a day to house the 175 arrested bikers, many of whom are claiming civil rights violations for unlawful incarcerations based on guilt by association.