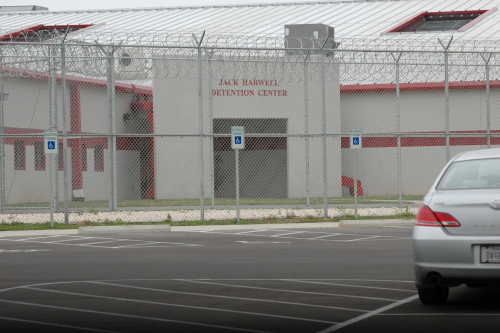 Waco, Texas – Earlier today, detainees in the Jack Harwell Detention Center in Waco were told that in exchange for bond reductions, they must sign a document stating the Waco police “had the right to arrest the inmate and that he/she will not file a lawsuit against McLennan County and/or the City of Waco.”

On the two-week anniversary of the “shootout at high noon” at the Twin Peaks restaurant between motorcyclists and law enforcement officers, at least 170 people remain detained on $1 million bonds.
This latest information was reported to an attorney representing at least one of the detainees.  “It appears the public defenders office in McLennan County is involved in this scurrilous activity,” said Paul Looney, a Houston attorney with Looney & Conrad, P.C.  “I’ve never seen anything like the lawlessness that the authorities have perpetrated on these people and now to add insult to injury they are trying to cover their own tracks in exchange for bond.  I will be in the reception area of the McLennan County D.A.’s office tomorrow morning at 8:30 with the intention of not leaving until we have the issue of bond resolved.”
“They know these people aren’t dangerous or they wouldn’t be offering the bond reductions and they know the police and the D.A.’s office have violated the law and now they are trying to hold people hostage until they agree to waive their rights.  It’s unconscionable,” said Clay S. Conrad, Looney’s law partner.