Toronto, Ontario (June 4, 2020) BTN - An unknown Hells Angels has been found partly responsible for a 2014 crash on the Lougheed Highway that left another motorcyclist injured.

But a B.C. Supreme Court judge rejected a claim by Donald Christopher Gorst that a police officer who was following a group of Hells Angels on May 31, 2014 was also negligent for the accident that led to his injuries. Justice Dennis Hori found that Gorst and the mystery Angel were equally responsible for the crash on the Lougheed Highway near Deroche, east of Mission, that left him with a smashed leg. 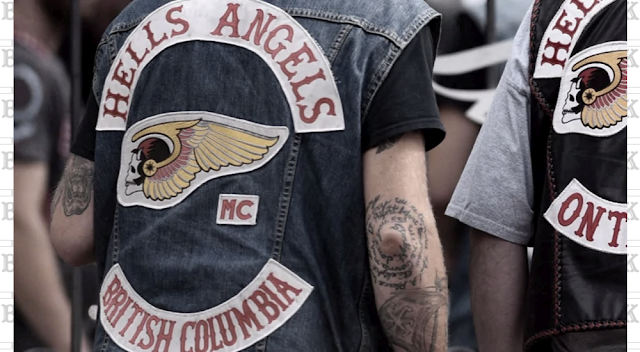 Gorst was heading east with a passenger on his Harley-Davidson behind several other vehicles when he saw the group of Hells Angels, followed by a police car approaching in the opposite lane. He claimed both the biker and the cruiser crossed the centre line, forcing him to veer sharply to avoid a collision.

As a result, Gorst also claimed, he did not see that the van in front of him was braking to pull over in response to the police car approaching. He “laid his bike down and it slid into the rear of the Dodge Caravan.” He sued the B.C. public safety minister, saying the minister was “vicariously liable for the actions of the police officer,” as well as the unidentified biker and ICBC.

According to Hori’s ruling, released Tuesday, the Hells Angels were on a “poker run” organized by the Haney chapter.

RCMP Const. Dunbar (whose full name was not included in the ruling) was following the group, and described the poker run as “being like a pub crawl on a pre-planned route in which the bikers frequent different bars and taverns.”

She followed between 30 and 40 of the bikers as they left The Sasquatch Inn, near Harrison Mills, west along Highway 7. After Dunbar saw the entire pack of bikers “swarm a vehicle in the westbound lane by surrounding it on three sides,” she decided there was a public safety risk and she would do a roadside stop, the ruling said.

“She activated her emergency equipment, including her lights and siren, in order to get the bikers to pull over,” Hori noted, adding that the officer denied “that she was straddling the centre line of the highway.”

“When she observed the plaintiff’s bike go down, Constable Dunbar discontinued her surveillance of the biker pack, performed a U-turn, and returned to the scene of the accident in order to render assistance.”

Gorst testified that a Hells Angels associate named Ady Golic, who was with the pack, stopped to see if he was okay.

Hori accepted Dunbar’s evidence that she was not “in pursuit” of the bikers, but had caught up to them when she activated her lights and siren to pull them over. And he ruled there was “no negligence on the part of Constable Dunbar.”

The judge rejected Gorst’s claim that ICBC was responsible for the unidentified biker’s liability because he said the injured man did not do enough to find out who the biker was.

Gorst argued that he contacted Golic and passed along Golic’s contact information to the Independent Investigations Office, which was also probing the crash. He assumed the IIO or the police would identify the biker, he said.

“The plaintiff claims that he did not take any further steps to identify the biker because he feared retribution from the Hells Angels if he did so,” Hori said. “I do not find this excuse compelling. There is no evidence that making inquiries of the Hells Angels about one of their members being involved in a motor vehicle accident would be the type of inquiry that would lead to retribution.”