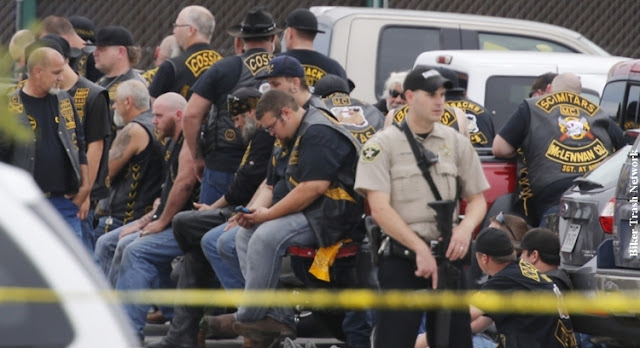 Members being held after Waco Massacre

Texas -February 26, 2016
A man indicted in the fatal shooting between bikers and police outside a Waco, Texas, restaurant nearly a year ago said he is entitled to a speedy trial and asked a state court of appeals to order a local judge to set a date, according to court documents. 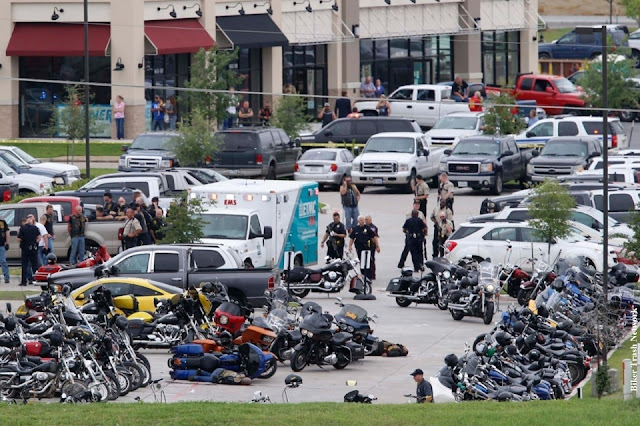 Cody Ledbetter, a Cossacks motorcycle club member charged with engaging in organized criminal activity and who watched his stepfather die in the shooting, argued that nine months have passed since his arrest and that he is entitled to a speedy trial. He added that he would not enter a plea, so the case would either have to be dismissed or go to trial. The filing was made late Thursday with the 10th Court of Appeals in Waco.

District Judge Ralph Strother in December scheduled Ledbetter’s trial for May 31, but less than a month later, postponed it indefinitely. The request for the court of appeal’s intervention comes weeks after another local judge in Waco postponed a trial for one of 186 people arrested after the shooting. No one among those arrested has been given a date for trial.

The investigation is ongoing and not all of the evidence, including forensic testing, has been analyzed, McClennan County District Attorney Abel Reyna said in a January motion to delay the Feb. 29 trial of another man arrested in the melee, Matthew Clendennen. It could take a year for the firearm DNA analysis alone to be completed, Reyna said.

During a pretrial hearing earlier this month, District Judge Matt Johnson did not grant the state’s motion for a delay but effectively postponed the trial by scheduling a hearing for April 1 to consider Clendennen’s motion for a change of venue. Clendennen had argued that pretrial publicity would taint the jury pool.

The district court judge also ordered the state to turn over evidence from a federal sting operation that led to the January indictment of top officers of the Bandidos motorcycle club.

Nine people were killed and 20 people were injured in an apparent confrontation last May between the Bandidos and Cossacks motorcycle clubs and police.

The gunfire had erupted shortly before a meeting of a coalition of motorcycle clubs that says it advocates for rider safety.

Evidence reviewed by The Associated Press shows that four of the dead were shot by the rifles police use.

A grand jury indicted Ledbetter along with 105 others in November, all on the charge of engaging in organized criminal activity. Prosecutors haven’t yet presented the remaining cases.