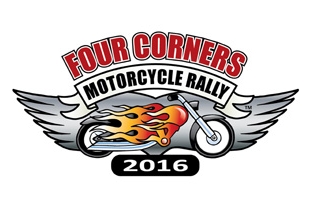 It appears that the Iron Order's unwelcome mat at motorcycle events is picking up momentum. The latest event for them is the Four Corners Motorcycle Rally. Started in 1993 it has grown to an anticipated 38,000 attendees for this September with many coming from Denver, Albuquerque, Phoenix and North Texas.

But due to recent violence at several Motorcycle Events involving the Iron Order, it now appears that they have decided not to attend this years event even though they were active with several fundraising events and are listed as "Friends of the Rally" on their website. And so it goes.


Johnny T. Valdez, the rally owner issued the following press release below on their website and Facebook page. 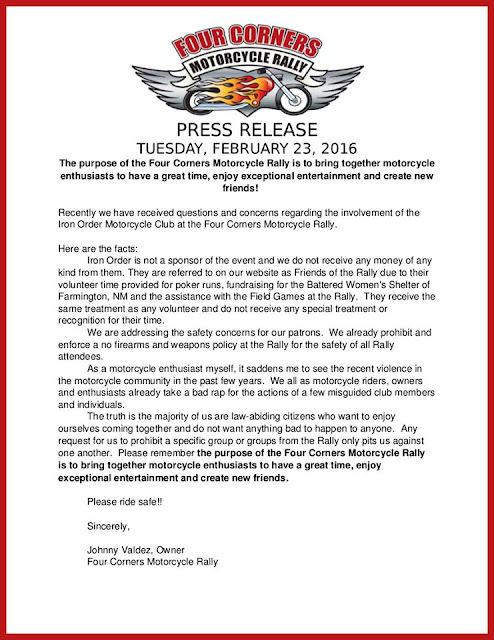 When they were asked straight out on their page from some concerned folks if the Iron Order was going to attend they replied "They will not be at the Rally this year. And yes, our gun restrictions mean a lot. We are on the reservation" here not state regulated land". 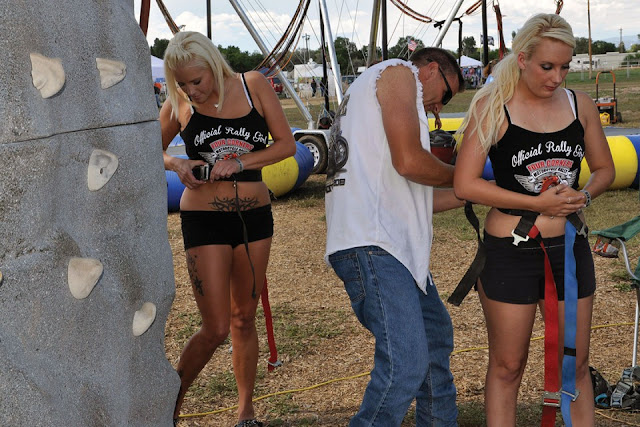 Just some babes getting ready at the Rally

This is just the latest in the saga of the Iron Order, we will keep ya posted....