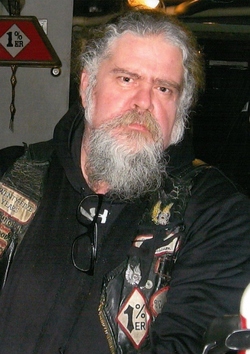 James "Dago" Marchellino, a member of the Sons of Silence MC for over 36 years died Tuesday, February 23, 2016 at Mercy Hospital in Des Moines, IA.

The Ohde Funeral Home in Kimballton is in charge of arrangements.  Friends may call from 10am until time of service on Saturday at the Hausbarn Conference Center in Manning.


Respects to the Aging Rebel for an excellent write up about his life.
Read his article at: James "Dago" Marchellino


ANY DISRESPECTFUL COMMENTS AND REMARKS WILL BE DELETED