Orange County, Florida (April 5, 2018) BTN — Fighting a bill that would have allowed Floridians to openly carry guns, two Orange County sheriff’s officers in 2011 moved forward with a plan to give lawmakers a glimpse of some people who might be able to pack heat publicly.

The officers pulled together booking or driver’s license photos of “one percenters” — members of motorcycle clubs — who might be able to openly carry guns and provided the photos to the Senate Judiciary Committee. 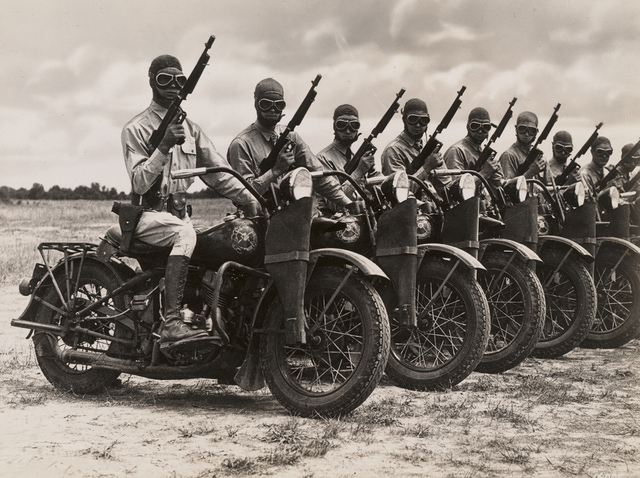 In the end, lawmakers did not approve a broad open-carry proposal for people with concealed-weapons licenses. But the use of the photos led to a lawsuit that resulted this week in a federal appeals court rejecting arguments by three members of the Outlaws Motorcycle Club that the officers had violated a privacy law in using the photos.

The ruling by a three-judge panel of the 11th U.S. Circuit Court of Appeals sided with Michael Fewless, who in 2011 was captain of the governmental affairs section of the Orange County Sheriff’s Office and lobbied the Legislature, and John McMahon, an intelligence agent who selected and emailed the photos to Fewless.

The civil case focused heavily on whether the officers violated a federal law known as the Driver’s Privacy Protection Act and whether an exception for government agencies included being able to use the information for lobbying purposes. The appeals court Monday upheld a lower-court ruling that said the exception covered lobbying and concluded that Fewless had been representing the sheriff’s office when he provided the photos to senators and staff members and when he referred to them during a committee meeting.

“(The) record reflects that Fewless used the photos while acting on behalf of the OCSO (Orange County Sheriff’s Office) in the course of carrying out the OCSO’s lobbying function,” said the 10-page ruling, written by Judge Harvey Schlesinger and joined by judges Charles Wilson and Susan Black. “The photos were delivered to the committee and were seen only by legislators and staff members. Fewless merely referred to the photos in the course of his testimony before the committee. Thus, the distribution of the photos related directly to Fewless’ lobbying efforts.”

A brief filed last year on behalf of three bikers who were plaintiffs in the case, Leslie Baas, Tracy Osteen and Doyle Napier, said the way the photos were used was not legitimate.

“To start with, it is undisputed the disclosure of the plaintiffs’ driver’s license photographs had nothing to do with any criminal behavior on the part of the plaintiffs which might be a legitimate subject of legislative or public interest, let alone law enforcement inquiry,” the brief said. “Indeed, the disclosure had nothing whatsoever to do with the plaintiffs at all but rather had the admitted purpose of propagating a ‘counter-stereotype’ to rebut a stereotype utilized in lobbying efforts by a pro-gun lobbyist with no affiliation to the plaintiffs that an open carry bill would benefit ‘bankers and executives’ who might be charged with a crime if the concealed weapons they were carrying were accidentally exposed.

To put it succinctly, the defendants (Fewless and McMahon), with the intention of creating ‘poster children’ for denial of a bill the defendants disliked, took it upon themselves to expose the ‘highly protected’ information of private persons who were believed to be law abiding … based upon a non-criminal private association (i.e. motorcycle club membership) and, most outrageously, the stupefyingly superficial criterion of an ‘intimidating’ appearance in the opinion of the officers.”

But in addition to ruling that the exception to the federal privacy law covered lobbying, the appeals court said the officers were entitled to what is known as “qualified immunity.”

“There is no case law clearly establishing that Fewless’ use of the photos was impermissible,” wrote Schlesinger, a federal district judge who was designated to serve on the appellate panel. “Moreover, appellants (the plaintiffs) were required to show that no reasonable officer in the officers’ position could have believed that he was accessing or distributing the photos for a permissible use under the DPPA (the federal law). Appellants failed to make that showing. Appellees (the officers) are therefore entitled to qualified immunity.”