Joliet, Illinois, USA (May 13, 2021) - The Will County State's Attorney's Office filed a motion this week asking a judge to prevent first-degree murder defendant Jeremy Boshears from calling an expert witness with Larsen Forensic & Associates to testify that Katie Kearns took her own life and was not the victim of a homicide inside the Joliet Outlaws clubhouse.

Boshears, a member of the Outlaws Motorcycle Club, has remained in the Will County Jail since November 18, 2017, charged with first-degree murder in the death of Kearns. According to prosecutors, she was his new girlfriend at the time of her gunshot death inside the Outlaws Clubhouse in Joliet. 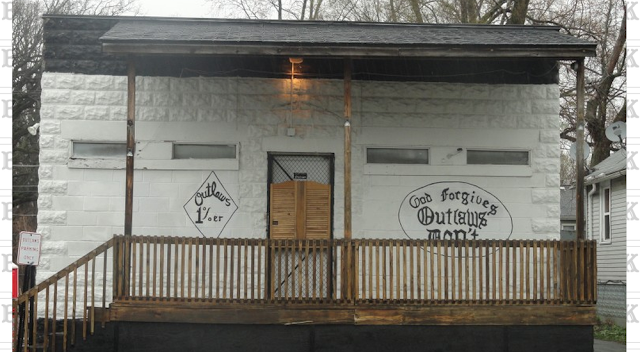 About three-and-a-half years ago, Kearns vanished after tending bar at the Woody's Bar in the 1000 block of East Washington Street. Kearns planned to visit the Outlaws clubhouse, just up the road, after tending bar on Joliet's east side. Her body was found four days later southeast of Joliet, in rural St. Anne, in Kankakee County. She was dead inside the Jeep with a single gunshot wound to her head, police said.

According to court records, the Will County Sheriff's Police suspected the bullet wound to Kearns' head occurred inside the Outlaws clubhouse and "they located a hole consistent with the size of a bullet in the ceiling. They entered the ceiling area/attic and found a bullet ricochet mark on a roof rafter. A search revealed a spent bullet among the ceiling rafters and insulation."

According to prosecutors: "Arthur Borchers concludes that the victim in this matter died of a self-inflicted gunshot wound to the head. That evidence from the scene when compared to the entrance and exit wounds to the victim were analyzed and allow reconstruction of bullet paths and angles."

The prosecution's motion goes on to state that Borchers determined "That there are no eyewitness statements or accounts as to what happened when the gunshot was fired."

"Arthur Borchers assumes body positions and angles of the victim's head without any basis," the prosecutor argued. "Additionally, he assumes that the defendant, if shooting, would have had a 'natural shooting position with a straight arm.' There is no basis for this assumption."

Lastly, the prosecution maintained that "concluding the gunshot was self-inflicted goes far beyond his expertise of forensic reconstruction and has no basis ... the people of the state of Illinois respectfully request this honorable court to grant people's motion for barring any testimony that this was a self-inflicted gunshot wound."

Will County's judges have previously authorized multiple payments of taxpayer funds to allow Bretz, Flynn & Associates to hire the expert witnesses with Larsen Forensic & Associates as they explored an alternative death scenario suggesting that Kearns, who had a history of severe depression and had been hospitalized for suicidal tendencies, took her own life at age 24.

According to Will County court records, Boshears will be back in court May 17 to set a hearing date on the prosecution's motion seeking to prevent Borchers from testifying to his alternative theory regarding the death of Kearns. At the May 17 hearing, a judge may also set a date for Boshears' jury trial.
SOURCE: Patch