Ex-firefighter fights to get job back

Waco, Texas, USA (November 27, 2019) BTN – A Waco firefighter who lost his job in part over his ties to the Bandidos Motorcycle Club is fighting to be reinstated, saying he was unjustly terminated four years ago.

Bill Dudley, a 13-year veteran with the Waco Fire Department, testified in an all-day hearing Tuesday in a third-party arbitration review of his termination in October 2015. 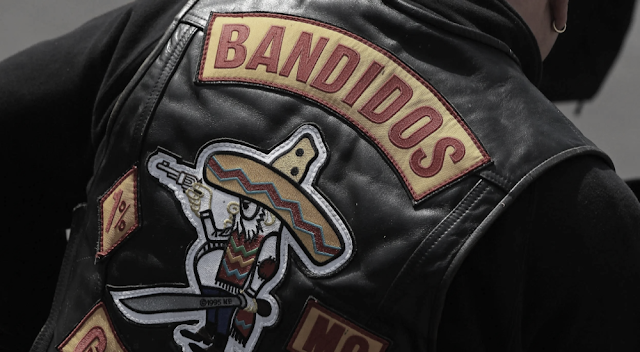 Dudley was arrested during a traffic stop in Tarrant County on May 12, 2015 and charged with unlawfully carrying an unconcealed weapon in his truck. Crowley police ran a safety check on Dudley and found that the Texas Department of Public Safety flagged him as a member of the Bandidos, which DPS classifies as a "criminal street gang."

The arrest occurred five days before a deadly shootout at the Twin Peaks restaurant in Waco between the Bandidos and rival Cossacks motorcycle club.

"It is my opinion that they used the Twin Peaks (incident) to fire me," Dudley said in the hearing. "I believe they used things outside the statute for punishment. I did not do anything in that traffic stop that showed poor moral character. I did everything the officers asked me."

Dudley, 37, said he was a former member of a support club for the Bandidos and wanted to start a new chapter of the Bandidos near his home in Burleson. He said he was considered a Bandidos recruit for several months, but he left active membership in the clubs after he was injured in a Fort Worth bar shootout involving Bandidos in 2014.

Waco fire Lt. Philip Burnett, president of the Waco Professional Firefighters Association Local 478, sat with Dudley in support during Tuesday's hearing. He said he is a friend of Dudley and said he would have no hesitation serving with Dudley on any call for service with the department.

The daylong hearing ended with no action Tuesday evening. Cipolla said attorneys will have the option to submit briefs and allow Cipolla to review the case before he issues a decision to uphold the termination, reduce the disciplinary or dismiss Dudley's claim.

"Today the city presented the facts and findings from the original investigation to the arbitrator," Waco Deputy Fire Chief Kevin Vranich said. "We now will have to wait for the arbitrator to make his decision."

The city presented its claims that Dudley was fired for the Crowley arrest, as well as not obeying rules and regulations; being absent from work without good reason; failing to notify the department within 24 hours of his arrest; using poor judgment that reflects negatively toward the fire department and the city; and demonstrating poor moral character by associating with and/or being a member of a known criminal street gang.

Torres said Dudley was not a member of the motorcycle club, and the city did not have the legal right to terminate him. Torres said the city denied Dudley's due process rights and relied on circumstances outside the scope of a 180-day Civil Service review for disciplinary action.

Vranich testified he was unable to determine if Dudley was an active member of the Bandidos. Johnston stated he found cause to fire Dudley for violating city policy, department policy, and Civil Service rules and regulations. He said Dudley did not report his arrest to his supervisor within 24 hours, violating department policy.

He said Dudley used a sick day to get out of work for "personal reasons," but never told anyone about his arrest. "He would have flown under the radar," Johnston said.

Dudley pleaded guilty to the misdemeanor charge in 2017 and received deferred adjudication for 24 months in Tarrant County. The plea deal required him to plead guilty to the charge.

The hearing ended late Tuesday afternoon no action. Cipolla said he will likely review the case and briefs submitted by attorneys before coming to his decision in the next few months.