The warrant was served by the ATF's Special Response Team, which is often deployed for search warrants or high-risk situations, said an agency spokeswoman at the scene. An alphabet soup of agencies assisted the ATF in the raid, which took place around 6 a.m. at the club at 1104 E. Diamond Ave., including the FBI and DEA. 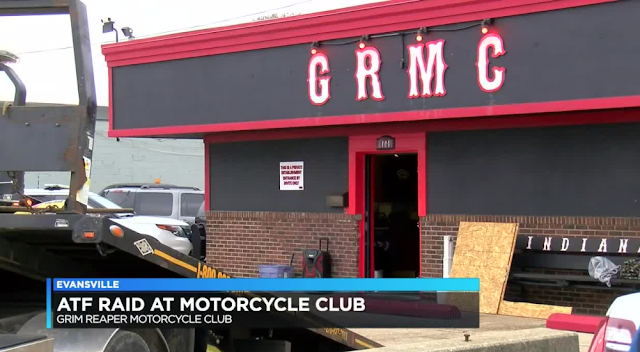 Other law enforcement assisting at the scene included Indiana State Police, Vanderburgh County Sheriff's Office and Evansville Police Department. Suzanne Dabkowski, an ATF public information officer at the scene, would not say whether there were any arrests or if the building was occupied when officers arrived. Two motorcycles were taken from the scene. 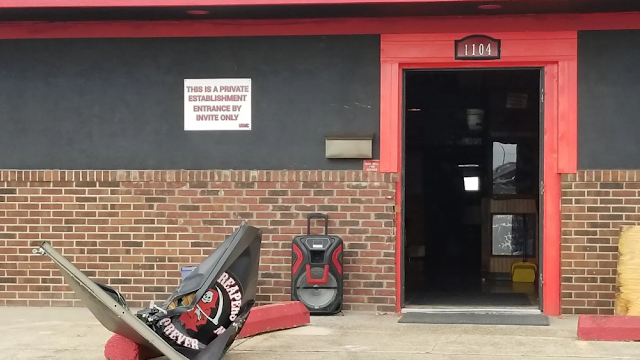 She did say that the investigation that led to the search warrant had been going on for "quite awhile." The Grim Reapers Motorcycle Club was founded in Louisville in 1965 and a local chapter was organized in Warrick County in the mid-1970s.

In June 1983, the local chapter moved its club to a house on Indiana Street near First Avenue, where it stayed until September 2017. The motorcycle club's current hangout on Diamond Avenue is the former location of the Exotic She Lounge strip club.


This is not the first time the motorcycle club has been targeted by federal investigators.

The Evansville club was raided several times in the late 1990s, culminating in the 1999 indictment of three members on federal criminal charges. The Evansville members were indicted on charges of racketeering, conspiracy and transporting stolen vehicles. Those indictments came just days after agents raided Grim Reapers clubhouses in five states, including the Evansville club.

The three-year undercover operation resulted in a total of 59 indictments and the seizure of guns, drugs, stolen vehicles and other contraband, according to an Evansville Courier report.