Activities contrary to public order in the Netherlands

There have been frequent violent incidents and possession of weapons involving members of Hells Angels, both worldwide and in the Netherlands. This is a structural situation that cannot be seen in isolation from the culture of violence that exists at Hells Angels. An important factor is the violent image, in which that violence is encouraged and glorified in various ways. 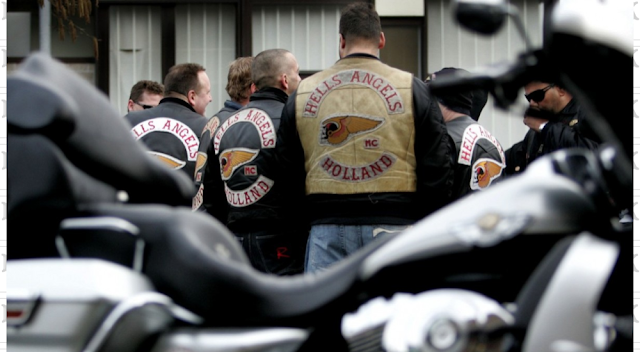 Another factor in their decision is the rivalry with other motorcycle clubs, which regularly leads to power struggles and accompanying violent confrontations. These conflicts between different motorcycle clubs are fought more than once amidst the public on the street. Intimidation of members and former members, victims and witnesses furthermore makes action by the police and the judicial authorities much more difficult.


The prohibition of Hells Angels and Hells Angels Holland that has been pronounced by the court therefore remains in force.

Hells Angels Motorcycle Corporation
The organization in the US that holds the trademark rights of Hells Angels is not banned because it does not appear that those activities are also contrary to public policy.
SOURCE: Dutch News
Email ThisBlogThis!Share to TwitterShare to FacebookShare to Pinterest
Labels: 1%er News, Biker News, Hells Angels MC, Motorcycle Club
Newer Post Older Post Home