Victoria, Australia (December 4, 2020) - Police have arrested six people and seized 14 firearms as part of a National Day of Action targeting the Mongols Motorcycle Club. Officers searched a club house and address in Echuca, along with several properties in Greater Melbourne.

The six people have been charged with a range of drug, firearms, weapons, and explosives offences.

A number of items were also seized from the properties, including firearms, cash, explosives, and a range of drugs like cocaine, cannabis, hallucinogens, steroids, and prescription medication. 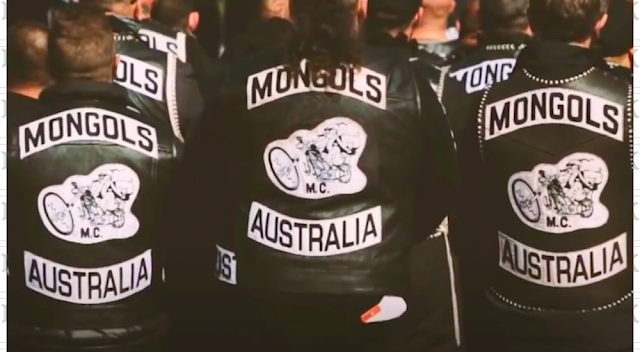 Police also searched a South Morang address and seized a suspected stolen Harley Davidson, drugs, ammunition, and a conducted energy device. Two men, who are patched members of the Mongols Motorcycle Club, were also served with firearm prohibition orders and were expected to be charged in relation to the seizures.

Across Australia, a number of people were arrested and a range of items including firearms, drugs, and cash.

Crime Command Acting Assistant Commissioner Mick Frewen said it was imperative that law enforcement agencies across Australia continued to work to together to target motorcycle clubs.

“This is a group we know have traditionally been involved in violent crimes such as shootings, assaults, arson, drug trafficking, extortion and intimidation,” Mr Frewen said.

“These activities bring immense harm to communities across Australia and often significantly impacts innocent people who have no links to the outlaw motorcycle gangs.”

“In Victoria alone, the Mongols have been linked to a number of firearms incidents including multiple homicides and non-fatal shootings over the past 15 months.”

“Organised criminal groups such as the Mongols aren’t a state-based problem.”

“They remain a significant issue for law enforcement right across Australia and days of action such as this one provides the ideal opportunity for us to work together to target their offending and also gather intelligence.”
SOURCE: Bendigo Advertiser
Email ThisBlogThis!Share to TwitterShare to FacebookShare to Pinterest
Labels: 1%er News, Biker News, Mongols MC, Motorcycle Club
Newer Post Older Post Home