Sonoma, California, USA (December 11, 2020) - In an attempt to keep a former Hells Angels charter president incarcerated while he awaits trial in a racketeering case, federal prosecutors have revealed new allegations about the November 2016 beating he’s charged with committing, alleging that the victim was assaulted for hours, pistol-whipped, forcibly tattooed, and nearly murdered.

Raymond Foakes, AKA "Ray Ray" a prominent Hells Angels member and past Sonoma charter president known for setting off the River Run Riot, has made a new bid for freedom, arguing through his attorneys that he’s willing to be placed on house arrest in Oakley in lieu of imprisonment at the Santa Rita Jail. His attorneys have also argued it’s unfair to keep Foakes locked up when he’s not scheduled to go to trial for at least a year. 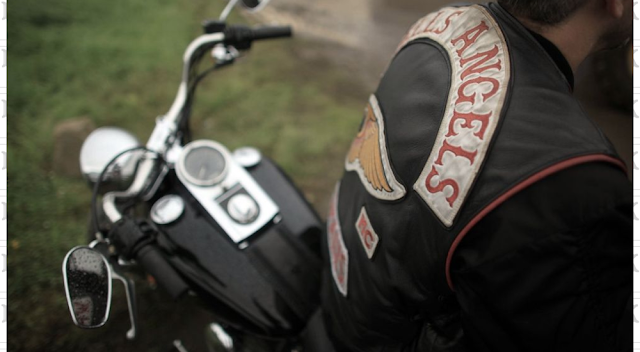 “In sum, there has been little or no progress made in getting Foakes’ case to trial and the earliest feasible trial date for him will be sometime in 2022,” his attorney wrote in a Dec. 2 court filing. “By that time Foakes will have been detained for almost 60 months.”

In their response, federal prosecutors argued Foakes “poses both a flight risk and a danger to the community” and that his motion is essentially a rehashing of prior failed attempts to get out of jail. They also detailed the main crimes Foakes is accused of committing: the 2016 beating and a subsequent sexual assault of a woman connected to the beating victim.

“During that assault, another Hells Angel pistol-whipped Victim 5; he was beaten with a baseball bat; and he was repeatedly punched and kicked. Victim 5’s tattoos were forcibly covered over with a tattoo gun, and (Foakes) took that tattoo gun and crudely etched lines in Victim 5’s face,” prosecutors wrote. “During the beating, (Foakes) indicated that he was going to take the firearm that was used to pistol whip Victim 5 and was going to shoot the victim with it. Other Hells Angels stopped him from doing so, however.”

During the beating, Foakes allegedly called a woman — referred to in court records as “Victim 6” and said that he “needed to explain to her what was happening to Victim 5,” prosecutors wrote.

“Victim 6 drove to meet (Foakes), and when she picked him up, defendant took her to a secluded location and sexually assaulted her,” the prosecution memo added.

A federal judge is scheduled to rule on Foakes’ motion for release next week. The motion may yet succeed, as some of Foakes’ co-defendants, including other Hells Angels members have already been granted release in this case. Last September, the president of the Sonoma Hells Angels Charter, Jonathan “Jon Jon” Nelson, was granted release from Santa Rita with pending murder charges after his attorneys argued he had strong ties to the community and would not associate with other members of the club while out of custody.

Foakes was one of 11 alleged Hells Angels members charged in 2017 as part of a large-scale federal investigation. The defendants have since been divided into two groups: Those facing charges of luring a fellow Hells Angels member to a clubhouse in Fresno, murdering him, and illegally cremating the body, and those, like Foakes, who aren’t facing any murder charges.
The former group is expected to go to trial in October 2021, and the latter group will likely get their day in court sometime the following year, according to court records.
SOURCE: The Mercury
Email ThisBlogThis!Share to TwitterShare to FacebookShare to Pinterest
Labels: 1%er News, Biker News, Hells Angels MC, Motorcycle Club
Newer Post Older Post Home