Niagara, Ontario, Canada (November 14, 2017) — The home of one of Niagara’s most notorious organizations may soon face the wrecking ball.

Lawyers representing the owners of the Hells Angels clubhouse on Darby Road in Welland have until Dec. 6 to appeal a ruling that the building be forfeited to the Ontario government. If they don’t appeal or an appeal fails, the fortified building will likely be demolished, police sources tell The Standard. 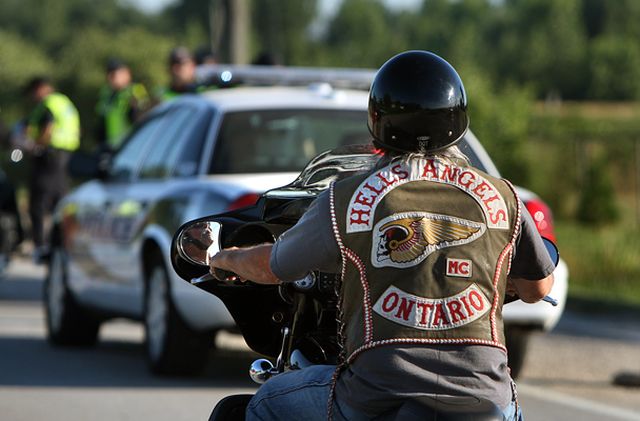 However, police say the destruction of the building that was once the centre of the Hells Angels Empire on wheels in Niagara doesn’t mean the club has gone extinct.

Using mostly bikers from out-of-town chapters to bolster their numbers, the club has begun to establish a presence in Niagara Falls, police say.

In a Nov. 6 ruling, Justice Jasmine Akbarali found the Hells Angels’ Welland compound was, in part, purchased by and used to plan the acquisition of the proceeds of crime. As a result, Akbarali rejected the arguments from the owners of the clubhouse — which includes former Hells Angels Niagara president Gerald (Skinny) Ward — that the forfeiture was improper and clearly not in the interests of justice.

“Given the facilitation or participation of the owners in the unlawful activity, and that forfeiture will further the CRA’s goals including crime prevention, it is not clearly not in the interest of justice to order the forfeiture,” says Akbarali’s ruling, which also ordered three of the four owners of the property — Ward, ex-Hells Angel Randy Beres and Tony Panetta — to pay the Crown $32,425 in legal costs. 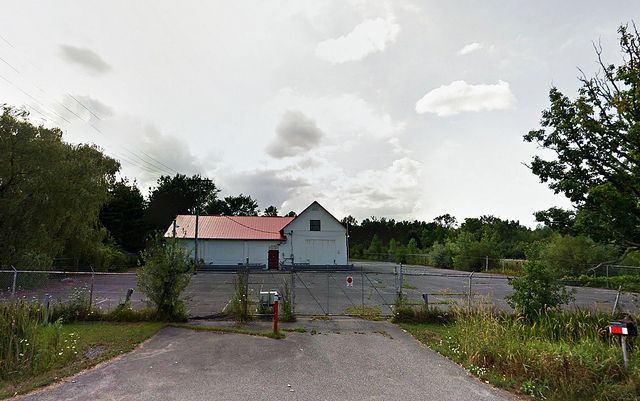 The Hells Angels MC Clubhouse after the raid

The fate of the Hells Angels clubhouse has been a question mark since 2006 when a province wide joint forces police investigation called Project Tandem resulted in the arrests of key figures within the Hells Angels across Ontario including Ward.

In 2009, Ward pleaded guilty to cocaine trafficking and possessing the proceeds of crime. He was also found guilty of directing the drug trafficking of five Hells Angels members for a criminal organization.

He was sentenced to 14 years in prison, minus five years for pretrial custody time. He also had to forfeit $304,430 and his Harley-Davidson motorcycle.

Ward was paroled in 2015. In May 2017, the Parole Board of Canada removed the condition on his statuary release that only allowed him to return to his Welland home on weekends from his halfway house. He now resides with his wife in Welland.

Ward was part owner of the Darby Road clubhouse with his brother Richard Ward, Panetta and Beres. According to court documents, they contributed a down payment for the property of about $20,000 each.

Beres was only a member of the Hells Angels for a short time and after he left the club in 2003 became an “absentee owner” of the clubhouse and never returned to the property, according to court documents.

Richard Ward died in 2005, and thus his “interest in the property was extinguished.”

In 2009, Ontario’s Ministry of the Attorney General seized the property and began the legal process of having it forfeited as proceeds of crime. However, years of legal wrangling kept its ultimate fate in limbo. 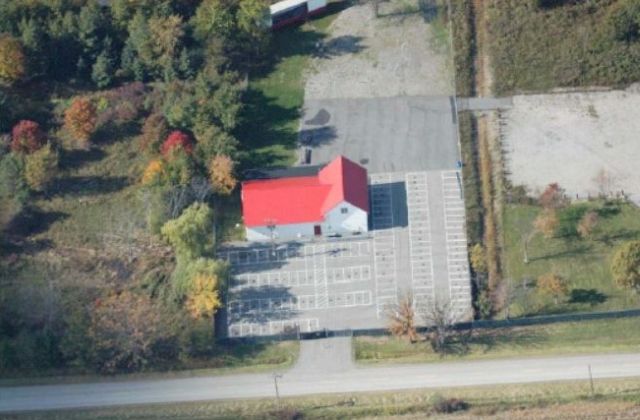 Aerial photo of Welland clubhouse seized from the Hells Angels

In June of this year, lawyers representing the clubhouse owners argued the seizure was improper, it was not purchased using the proceeds of crime and was not used for illegal activity.

Knowing they might be under surveillance, the Hells Angels used a white board and hand signals during meetings — called church meetings — to communicate and avoid the possibility of their conversations being recorded or intercepted by police, the court records say.

Akabarli also notes that Niagara Regional Police intelligence reports were found in the clubhouse “suggesting the organization has a sophisticated intelligence gathering capability and is interested in police efforts to surveil the Hells Angels.”

She also accepted police testimony that the heavy fortifications and security systems at the clubhouse were installed “to create a place where the members could meet to form criminal connections and to aid in their criminal activities, especially involving the drug trade.”

“Based on this evidence, I conclude that the clubhouse is used as safe haven to plan illegal activities, including the drug trade, and to guard against police interference with those activities,” Akabarli says. “I am satisfied that church meetings were not simply opportunities to discuss clubhouse maintenance but that the clubhouse was used to hold these meetings in order to facilitate and plan unlawful activity.”

She also says it was reasonable to conclude that members of the Hells Angels used drug money to pay club dues which were then used to pay the mortgage on the buildings.


If the government ultimately wins the case, the Darby Road clubhouse won’t be the first biker headquarters to fall in Niagara.

In 2002, the Outlaws motorcycle clubs’s longtime home on Oakdale Avenue in St. Catharines was reduced to rubble after a police investigation resulted in its seizure.

However, police say even if the Welland clubhouse is ultimately seized by the government and destroyed, that won’t mean the end of the Hells Angels in Niagara. BTN

“They are recruiting here, and the out-of-town guys are recruiting as well,” Clarkson says. “They aren’t what they used to be, but they are still here and trying to rebuild.”

The club also has begun to fortify a property at 7863 Garner Rd. in Niagara Falls, he says.

“This is what happens. They try to rebuild, and we keep doing our jobs,” Clarkson says.

Clarkson says the NRP has “historic” successes in outlaw biker investigations, including Project Tandem, giving police investigators valuable experience and knowledge that can be applied to future operations.