Devonport , AU (November 13, 2017) — Police were forced to intervene after members of two outlaw motorcycle clubs started hurling abuse at each other after a boxing tournament on Saturday.
More than 30 people wearing the badges of the Bandidos and Outlaws clubs attended the Devonport Pro Boxing Tournament.

Western District Commander Jonathan Higgins said there were tensions between the two groups during the tournament that came to a head outside the venue after the event ended. 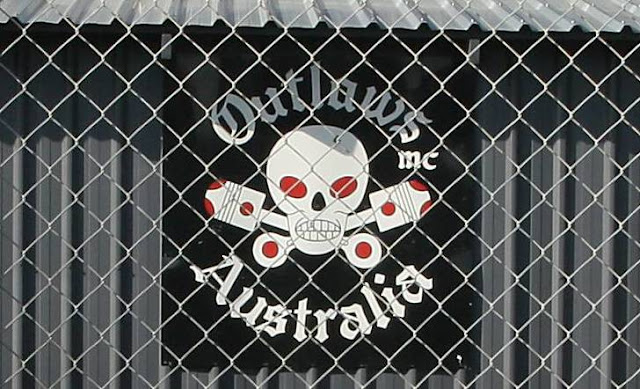 The Outlaws MC  in Devonport

He said police officers had to stand between the two groups to prevent the situation from escalating as they hurled abuse at each other.

“There was potential for it to escalate from just a verbal confrontation to being physical,” he said.

“They had no regard for the rest of the public at the tournament and the tensions between them had the potential to spill over if the police weren't there.”
More than a dozen police officers attended the boxing tournament after concerns were raised about a possible confrontation between the two groups.

Commander Higgins said this meant police resources were pulled away from other areas.

While no charges were laid, Commander Higgins said the presence of the two groups was “intimidating to the public”.

“Poor behavior will not be tolerated by members of these outlaw motorcycle clubs or members of the public,” he said.
Commander Higgins said there’d be a heavy police presence in the North-West later this week as the Bandidos start a run across Tasmania.

“The public can be reassured that with the upcoming Bandidos National run that we will be keeping a close eye on the groups,” he said.

“We will have an increased, visible police presence and the public should not be alarmed.”

The promoter of the Devonport Pro Boxing Tournament Craig Woods said he was unaware of the incident.