Cafe shut down after fight between rival clubs

Plainville, Connecticut, USA (May 22, 2019) BTN — Central Café has been ordered to close indefinitely after police say a fight broke out between two motorcycle clubs, resulting in motorcyclists fleeing the scene in an unsafe manner.

Plainville Police Chief Matthew Catania reported that two similar incidents have occurred at the bar recently and stated that “it is not likely that we have seen the last of this type of behavior at this location,” according to a letter to restaurant permittee Shirley Papallo from Consumer Protection Commissioner Michelle Seagull.

“Based upon the foregoing, DCP finds that public health, safety and welfare imperatively requires emergency action … and orders your café liquor permit suspended immediately and premises closed,” Seagull wrote in the letter. Papallo did not immediately respond to email requests for comment. 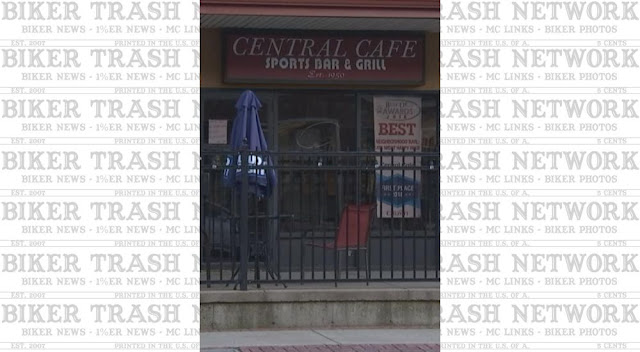 The incident Catania referred to occurred on May 16, 2019, when police responded to a fight at Central Café, 54 West Main St.

The letter says “Up to twenty motorcyclists were observed fleeing the premises at high rates of speed and driving over lawns, driving down the wrong side of the road, and driving around other vehicles in an unsafe manner, all while disobeying officers’ signals.”

Police noted that some of the individuals were seen wearing leather jackets and vests indicating membership in the two motorcycle clubs the “Diablos MC” and the “Outlaws MC.”

Inside the bar, one patron was found bleeding from a deep laceration on his head and a human bite on his arm. He refused to provide police with information beyond saying he was hanging out before being “jumped.” A second patron police believe to be an associate of the Outlaws MC was bleeding slightly from a head laceration and refused to cooperate with police.


The letter says an anonymous source told police that members of the Outlaws MC were on the outside patio when a “significant number of Diablos MC members” pulled into the parking lot and attacked the Outlaws.

All available officers were called to secure the building, where several Outlaws MC members remained, yelling obscenities at police. Upon more suspected Diablos arriving and watching police from the road, mutual aid from three surrounding towns was requested.

In an email Catania wrote to Town Manager Robert Lee, which is quoted in Seagull’s letter, he wrote, “It is common knowledge at this point that (Central Café manager Robert Papallo) has friends in the Outlaws motorcycle gang. His actual involvement with the gang has yet to be determined.”