Amsterdam, Netherlands (May 23, 2019) BTN — An Amsterdam firefighter was fired for the first time because he is a member of a controversial motorcycle club, the Hells Angels. According to fire brigade commander Schaap, this is incompatible with a public function. The Hells Angels are not prohibited in the Netherlands, but there is a lawsuit against them. 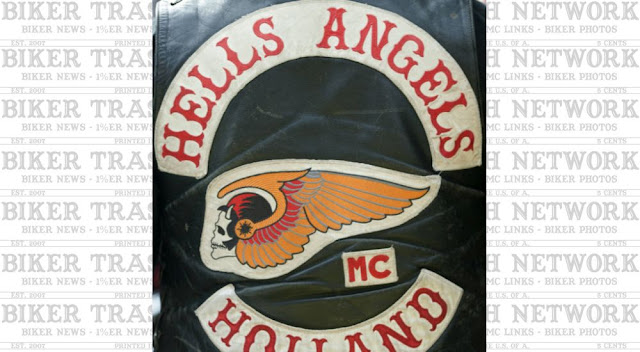 Commander Schaap said last year that members of motorcycle clubs do not belong in a fire department. At that time it was not yet certain whether they could be expelled from the corps, such as with the police. "Membership of a motorcycle club does not mean that you cannot extinguish a fire," it was said. That is why he investigated what can be done about it.

Het Parool has the letter of resignation in which it says: "We find it undesirable that you are knowingly and unknowingly in environments with persons whom you can know that they are committing more or less structural crimes, advocating for it or publicly expressing it. " The board believes that employees should realize that they are part of the Amsterdam-Amstelland Fire Brigade 24 hours a day.

The dismissed man has been a member of the Hells Angels for around twenty years and has been working for more than 25 years with the fire department. He finds his dismissal unfair and therefore goes to court.

His lawyer Geert-Jan Knoops calls it very careless that the letter of resignation has been leaked to the press. The letter is sensitive to privacy and that is why the firefighter was surprised to see him partially in Het Parool this morning. In addition, Knoops finds the argumentation wrong. "The man has had an excellent track record all these years."

The Dutch Ministry of Defense announced yesterday that their declaration of conduct is being withdrawn because they have links with motorcycle clubs such as Satudarah or the Hells Angels. There is a good chance that this will lead to their dismissal.