Utrecht, Netherlands (May 29, 2019) BTN — Dutch judges on Wednesday banned the motorcycle club Hells Angels and ordered all its chapters to close in the Netherlands, as authorities continue a clampdown on so-called outlaw motorcycle clubs.

"The Hells Angels is a danger to the public order," the court in the central Dutch city of Utrecht ruled.

"The Hells Angels sees itself as a one-percenter club, a club of outlaws," said the court, citing a slogan used by motorcycle clubs rejecting the authority of national laws or societal norms.

"It's a club where there's a culture of lawlessness and the authorities are kept outside their doors," the court added in a statement. 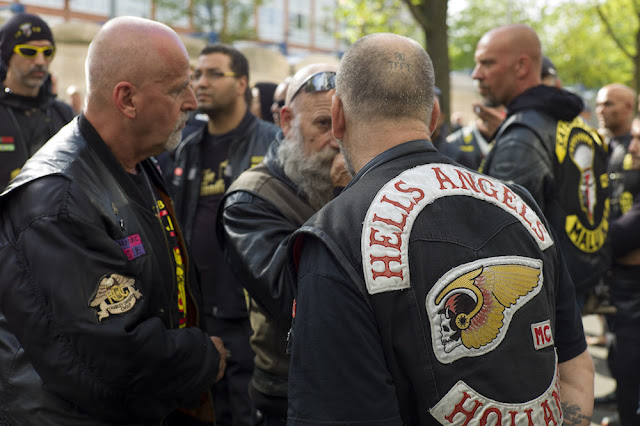 The court referred to a number of patches or so-called "colours" on the cut-off vests of the Hells Angels, called "cuts", saying "they are handed out to members who commit (serious) violence."

"The Hells Angels' profile is that of the largest and most powerful motorbike club. They believe other clubs should listen to them and that leads to long-running conflicts."

Dutch prosecutors, who have been trying for more than a decade to get the club banned, referred to an incident in the southern town of Kerkrade where a cafe frequented by rival motorcycle club, Bandidos MC was set on fire in 2015.


In another incident the following year, Hells Angels were involved in a massive brawl in the restaurant of a Rotterdam hotel, allegedly with members of another rival club. Shots were fired.

"These incidents portray an image of violence by and against the Hells Angels," the court said.

The banning of the club founded in the late 1940s in California, is the latest in attempts by Dutch authorities to shut down motorcycle clubs often involved in crimes such as drug and arms trafficking.

The same court in Utrecht in 2017 banned the Hells Angels' arch-rivals, the Bandidos, for similar reasons.

Judges also banned homegrown club Satudarah last year, saying it too "has been involved for many years in criminal activities including violence against other motorcycle clubs, manufacturing and trafficking in narcotics, the illegal possession of weapons and extortion."