Bandidos member prosecuted for gun with license to carry

Milam County, Texas, USA (December 19, 2019) BTN — Milam County went forward with prosecuting Patrick Lewis Vaden, a member of the Bandidos Motorcycle Club, on Monday. This was after Vaden was accused of unlawfully carrying a weapon based on his affiliation with the Bandidos. 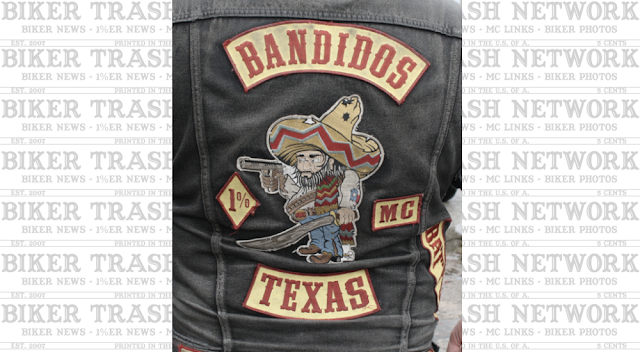 More than 24 hours after jury selection, on Tuesday, the case abruptly ended in a mistrial and an appeal. Defense Attorney Kurt Glass told 6 News that Judge Steve Young ruled a mistrial after Glass refused to exclude a critical fact in the trial.

"What we have to appeal is whether or not Mr. Vaden and his license to carry are able to be mentioned in front of the jury," Glass said.

Glass said the prosecution filed a motion last week requesting that Vaden's license to carry, which was valid at the time of the arrest, was not to be admitted into evidence. He said Young agreed with prosecutors on Monday, but he had to risk bringing the LTC up in court regardless in order to lay the groundwork for a possible appeal after the case. He hopes it won't come to that.

Court documents state that Vaden was stopped by Department of Public Safety Trooper Michael Tice in Nov. 2018. According to a court transcript, Tice said he checked Vaden's driver's license and then confirmed Vaden was a gang member in the Texas Gang Intelligence Index. DPS later told 6 News the TxGANG database records are not to be used to independently confirm gang affiliation.

"If law enforcement performs a wanted persons check and the person being searched has been entered in TXGANG, the return will indicate that the person is a possible gang member. There is no message that states the person is “registered and confirmed as a gang member,” The Texas Department of Public Safety said in an emailed response.

Tice arrested Vaden for unlawfully carrying a weapon based on the TXGANG record and the colors Vaden was wearing, according to a court transcript.

Glass showed 6 News reporter Andrew Moore on Tuesday where in the law a license to carry should protect someone in Vaden's position.

Texas Penal Code Section 46.02(a-1)(2)(C) states a person cannot carry a handgun if they are a member of a criminal street gang, as defined by Section 71.01. The Bandidos Outlaw Motorcycle Gang has been labeled a criminal gang by the Texas Department of Public Safety.

However, Section 46.15(b)(6)(A)(B) says the previous section mentioned (Section 46.02) does not apply to a person who is carrying an LTC issued under Subchapter H, Chapter 411, provided they are carrying correctly. Glass said Vaden was carrying the gun correctly.


Young, in this case, wrote that a license to carry should not apply here and Vaden should not ride with a gun. After speaking with 6 News legal expert Liz Mitchell, she said it is not unusual for a judge to subjectively interpret laws in this situation.

"Sometimes in the penal code we do have certain statutes that may both be applicable at the same time and may even be at odds. The penal code is not going to set out specific fact patterns. That's when we get into precedent set by case law." Mitchell said. "That's where a judge might come into play -- based on his or her representation of legislative intent."

Mitchell said judges can and do make subjective decisions by interrupting law and decide what evidence should be valid in a specific jury trial, so Young is not doing anything unusual when it comes to evidence either.