London, Ontario, Canada (December 21, 2019) BTN — A police investigation into the Hells Angels prompted in part by suspicious fires now has another to such probe – at the home of a London woman arrested in the bust of an alleged gambling ring run by the Hells Angels.

About 12 hours after the OPP announced the arrest of Habiba Kajan, 43, on Thursday, her house at 203 Commissioners Rd. E. caught fire. 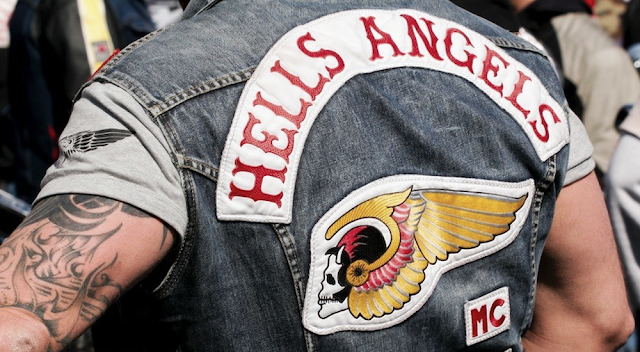 She wasn’t there, remaining in custody awaiting a bail hearing in Brampton Friday.

Suspicious is the official and about the only word London police are saying so far about their investigation into the blaze, which destroyed the $1-million home located between Wortley Road and Carnegie Lane in London.

They’re investigating a possible connection between the fire and the arrests, but said it’s too early to reach any conclusions, But one source close to the Hells Angels suspects the fire wasn’t random, that someone is sending a message to police that they’re not going to keep all the assets they seized.

“It’s not over. There will be more ‘lightning,’ ” the source said. 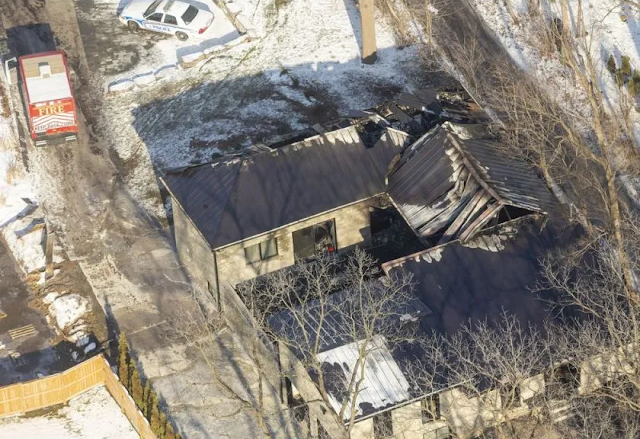 An aerial photo shows the home at 302 Commissioners Rd. E. the day after a Thursday night fire. The home had been raided by police on Dec. 12 as part of an organized crime sweep in Ontario.
(Mike Hensen/The London Free Press)

A neighbour said she called 911 after noticing flames shooting from the home shortly before 11 p.m. “It was raging and it was moving very fast,” said the neighbour, who did not want to be identified.

Firefighters and police responded at about 10:50 p.m. There were no injuries and no one was home at the time of the fire , police said. Emergency crews told the neighbouring woman and her family they had to leave for their own safety, she said, adding the flames coming from the roof were more than three metres high.

“It could have spread,” she said.

The home was searched by provincial police on Dec. 12 as part of a two-year investigation called Operation Hobart, which led to the arrests of 28 Ontario residents on 228 charges and the dismantling of an alleged multimillion-dollar, online gambling operation.

OPP say they launched the project in January 2018 in response to a spike in violence across Ontario and Quebec, including attempted murders, assaults, extortion and suspected arsons.

That led to an investigation into an alleged Mississauga gaming house and online sites, resulting in a news conference at the OPP’s headquarters in Orillia at 11 a.m. Thursday to detail the results of the probe.

The OPP contend Londoner Robert Barletta, 49, was one of three Hells Angels members who ran the gambling operation using five websites. The former president of the London chapter of the Hells Angels is facing 12 charges, largely firearms- and gambling-related and another for income tax evasion.

Nicknamed the “Teflon biker” because he’s kept a clean record, Barletta also had a bail hearing in Brampton Friday. 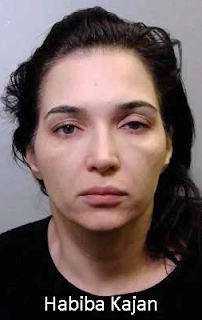 Kajan is charged with 10 firearms and gambling offences. Sources have linked her to Barletta.

It’s not known if either was released on bail.

The OPP allege the gambling operation had made $131 million in illegal revenue over five years and was connected to a prominent, alleged Mafia crime family.

Seized or restrained in searches across Ontario last week were 18 vehicles, gold and silver coins, luxury watches and jewelry, and 21 firearms, police said.