Cops seize $6.5 Million worth of meth in Manitoba

Winnipeg, Manitoba, Canada (December 10, 2019) BTN — RCMP have arrested 11 people and seized over 65 kilograms of meth and cocaine, amounting to $6.5 million, in what officers call the largest meth bust in Manitoba’s history. The arrests and seizures are a result of an ongoing investigation into organize crime that started over a year ago. 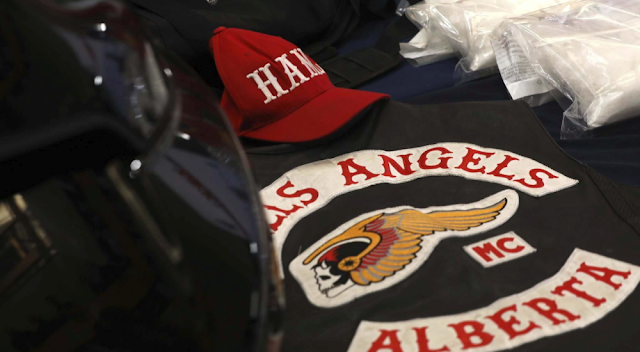 The investigation dubbed Project Declass first started in August 2018, after two people from Winnipeg were arrested trying to bring 40 kilograms of cocaine into the province, according to RCMP Superintendent Lisa Moreland.

The RCMP, along with the Canada Border Service Agency and the U.S. Enforcement and Administration launched the investigation.

“Investigators uncovered an integrative network of individuals belonging to different organized crime groups, that were working together in a resourceful fashion,” said Moreland, adding the RCMP identified several people from different organizations who played a role in distributing drugs in Manitoba. 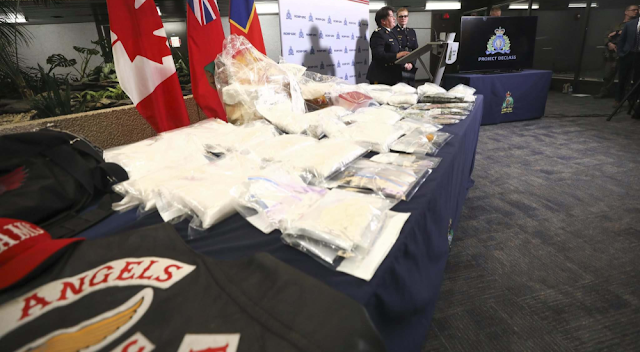 The day of the bust on Dec. 4, over 150 RCMP officers gathered in Winnipeg and Stonewall to prepare for the arrest and search.

RCMP officers in Calgary along with members of the Calgary Police Service also gathered to arrest a fully-pledged Hells Angels member who was staying at a hotel in the city.

Moreland said at 6 a.m., nine search warrants were executed, seven in Winnipeg, one in St. Laurent, Man., and one in Calgary.

Nine people were taken into custody and another two were also arrested the next day.

“The investigation is still on-going, thus far a total of 66 charges have been laid.”

“The total amount of the drugs seized throughout this investigation to date, is 22 kilograms of meth, 43 kilograms of cocaine, with a street value of $6.5 million,” said Moreland. 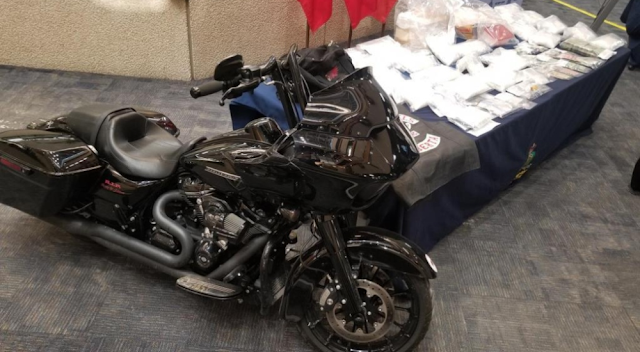 Five vehicles were also seized including a 2018 Harley Davidson motorcycle.

Moreland said this investigation resulted in the largest amount of meth seized in Manitoba history.

RCMP WARNS AGAINST THE GLAMOUR OF MOTORCYCLE GANGS

“Despite what they want you to believe, outlaw motorcycle gangs such as the Hells Angels are criminal organizations whose illegal activities cause harm and victimization across Canada,” said MacLatchy.

MacLatchy said motorcycle gangs are heavily involved in the drug trade as well as fraud, money laundering and the sex trade.

She urged Manitobans to gain knowledge about motorcycle gangs and to try and keep young people away from them as they have a direct correlation to the meth problem in the province.

JUSTICE MINISTER THANKS RCMP FOR SERVICE

Justice Minister Cliff Cullen said he thanks all of those who were involved in the investigation.

Cullen added there are four important takeaways from this investigation.

“First of all, by seizing this volume of illicit drugs it will have a net positive impact to many families here in Manitoba,” said Cullen. “Two, by making the arrests it will impact the chain and flow of illicit drugs into Manitoba as well.”

“Three, there is consequences for criminal activity, and we appreciate this by the number of arrests made.”

“Four, in addition, there is money and goods recovered. These goods and this money can be used as proceeds of crime, to be put back to front line police operations, so we can reinvestigate that money to fighting the bad guys.”