Christchurch, New Zealand (December 2, 2019) BTN — A former motorcycle club president has thrown in the towel on his biker ways to open a homeless shelter after a breakthrough “soul awakening” triggered by the thought of his son following in his footsteps.

Just six weeks ago, Hamish Hiroki was the national president of the New Zealand chapter of the Bandidos Motorcycle Club, but has now traded his cushioned seat for a bicycle saddle, Stuff reported. 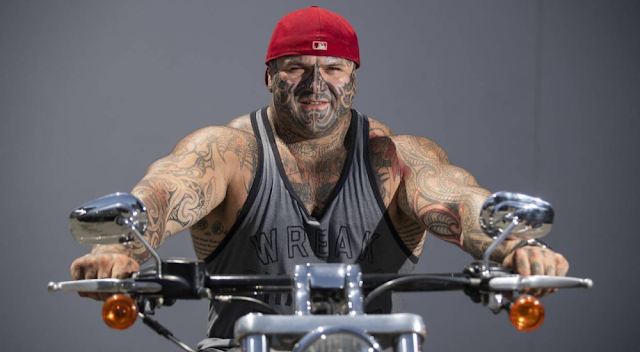 Despite having only stepped back on a bicycle for the first time since he was a child three weeks ago, Hiroki will on Sunday begin cycling more than 600 kilometres while dressed as a Christmas elf.

Having already poured $17,000 into a building to be made into a homeless shelter, he’s hoping his mammoth ride from Christchurch to Bluff will raise enough money to finish the job.

He also wants to put some hampers together to hand out to people less fortunate than himself for Christmas, according to the fundraising account he established on Give A Little.

His plans have not faltered even after suffering a heart attack two weeks ago - which he blamed on too many supplements - and doctors advising him not to go ahead with the ride.

“I've already set the challenge and I have to follow through with it,” he told Stuff.

With a three-year-old son to think about, his priorities have switched to setting a better example, with his initial lightbulb moment coming after a period of serious mental health problems late last year.

“I left purely for my son. He is three. I don't want my son to follow in my footsteps, that's the reason I left.” 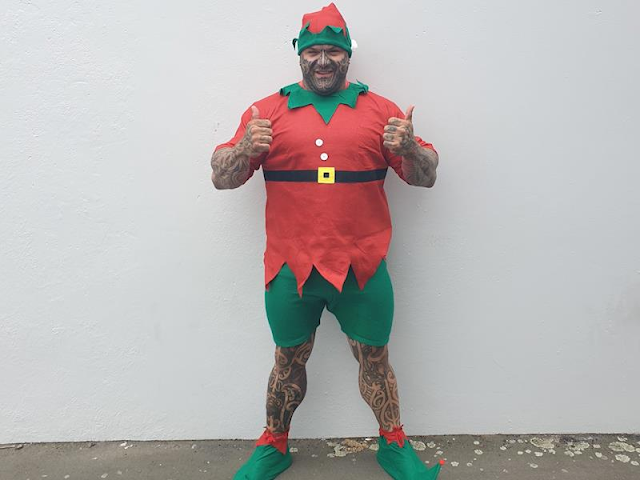 Hiroki said that his life of “hurting people” while leading the motorcycle club had wore him thin over the years and culminated into depression and anxiety which “was really hard to get out of”.

“I certainly left a lot behind but I have gained a lot too. Nothing will stop me from opening the shelter one way or another.”

He said he had “had enough of all the negative bull which always fell on him because he was the boss.

After being deported from Sydney for what he said were gun-related offences, he returned to New Zealand in 2011 and a short time later found himself heading up the Bandidos.