Patchogue, New York, USA (December 23, 2019) BTN — Sometimes even angels need a Christmas miracle. Debbie Loesch, founder of the Patchogue-based community outreach thrift store and group Angels of Long Island, was worried earlier this month when her warehouse was low on toys for their fifth annual toy giveaway. Every holiday season, the Angels of Long Island accept applications for local families who fell on hard times and need help giving their children gifts to put under the tree. 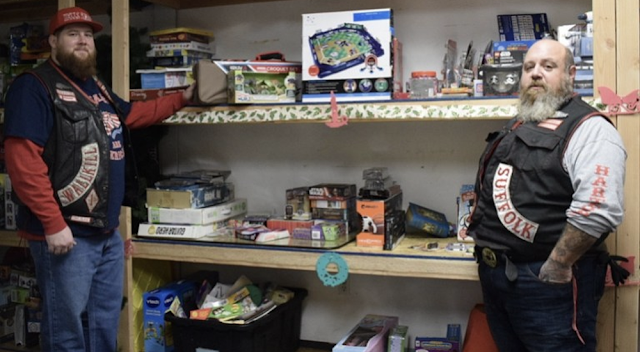 While she received a few dozen donations from the community, it just wasn’t enough compared to those in need of presents this holiday season.

“I had to stop accepting applications because I was worried about the lack of toys,” she said. Then she got a surprising phone call from another group of angels — the local chapter of the Hells Angels. 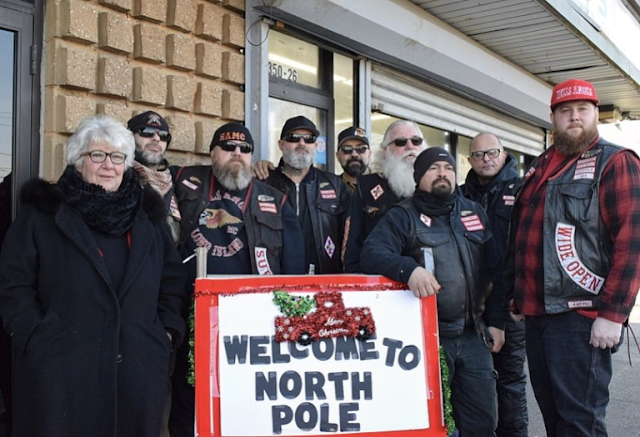 The motorcycle group heard about the struggle Loesch and her nonprofit was facing and offered their assistance. Normally secretive, members of the group have been quietly involved with helping nonprofits across Long Island, the group said.

And when they heard the Angels of Long Island’s story, the group sprung into action to help out their Patchogue neighbors.

“We got word that the Angels of Long Island needed toys and we wanted to help them out,” said Billy, a sergeant of arms for the group, who refused to state his full name. “We start collecting early on in the year with different events, including our Christmas party, where everyone brings an unwrapped gift to donate.”

The Hells Angels of Long Island moved into their new Suffolk County clubhouse located in Centereach this last year, and since then, they have been working with the community hosting food drives, clothing drives and this Christmas toy drive. “Love us or hate us, the Hells Angels are here to help,” said Billy.

After negotiating their partnership with Loesch last week, the motorcycle group was able to drop off eight truckloads of gift, toy and coat donations within a few days.

“We try to keep everything in the community,” Billy said last week looking at the shelves. “This place is going to fill up.”

Before the drop off, the Patchogue warehouse’s shelves were empty, enough items for maybe a toy or two per child. As of the morning of Sunday, December 22nd, thousands of items filled the shelves, turning the space into a pop-up, mini department store. 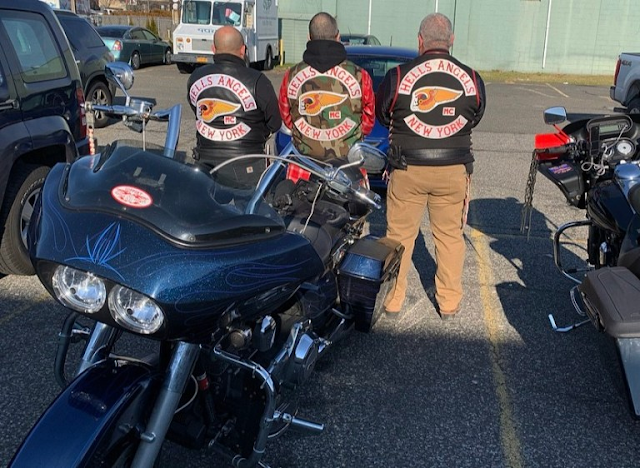 That day, Loesch decided she didn’t want to do a handout of toys but instead create a space where parents could come in and “shop” around finding the perfect gifts for their little ones. A dozen Hells Angels help people find things and to check the recipients in.

Distribution started at 10 a.m. and went until 4 p.m. Groups of Hells Angels rode their bikes into the lot to help Loesch and other volunteers set up. Helping 50 families shop was on the agenda throughout the day, with extra toys available to families who weren’t on the initial list.

“We don’t want to see any kids without toys this Christmas,” said Ronny, one of the volunteering Hells Angels. Over 500 stuffed animals, video games, dollhouses, action figures and teenage beauty items were set up around the space, neatly organized by category for easy shopping. 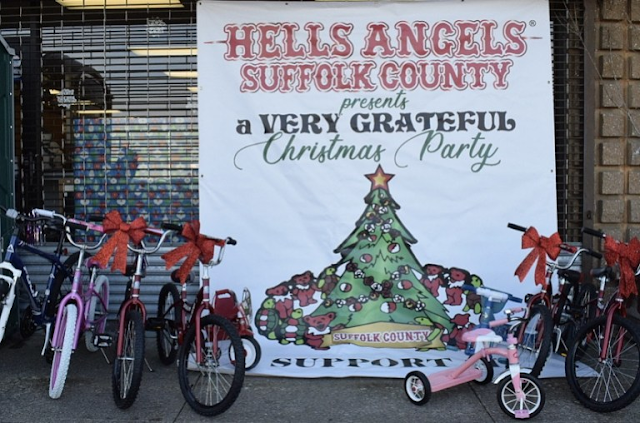 One donation consisted of several brand new bicycles for toddlers and teens, wrapped in a sparkly red bow. Each family also received a ham and food donation for their Christmas dinners.

“I feel like it’s a blessing that when times are hard, there are people out there who want to help others,” said a Patchogue mother who received gifts for her kids. “I’m very thankful for Angels of Long Island… and seeing the Hells Angels ride up was so cool!” 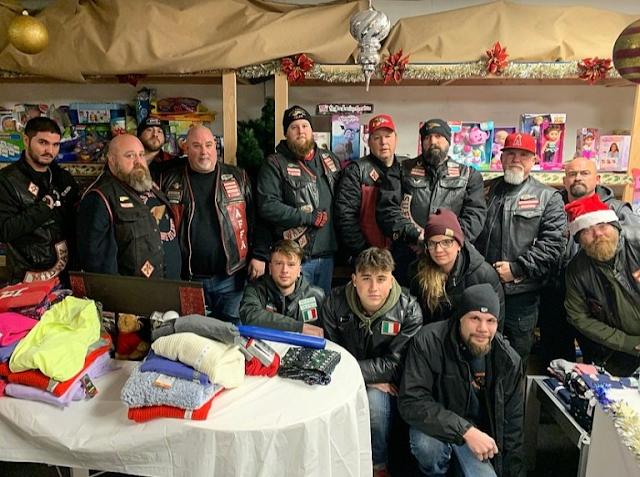 Mario, president of the Hells Angel Long Island chapter, said that all the local riding groups and their families will help donate whenever possible.

“We really couldn’t do it without the biker community across Long Island,” he said. “We do this for the kids… every year we do something for them and whoever needs help, we do what we can.”

By the end of the day, all different angels gave up their weekend to bring a little Christmas cheer. “I like helping out the kids,” said Lee, another Hells Angel helped hand out toys. “I’m blessed, so I wanted to pass it onto the community and make sure the kids have a good Christmas.”