Barrie, Ontario, Canada (December 20, 2019) BTN — Police call it the biggest investigation of organized crime in more than a decade.

The Ontario Provincial Police's takedown of an alleged organized crime family and motorcycle club members, dubbed Project Hobart, was a nearly two-year operation resulting in 28 arrests and 228 charges laid by OPP and 18 other police forces across the province. 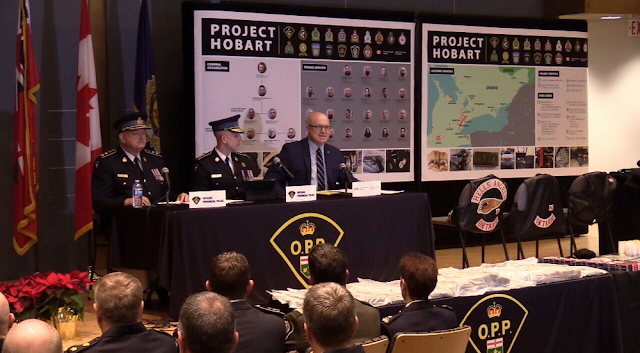 The OPP led the bust of the alleged operation involving illegal gambling and gaming, including five online websites. 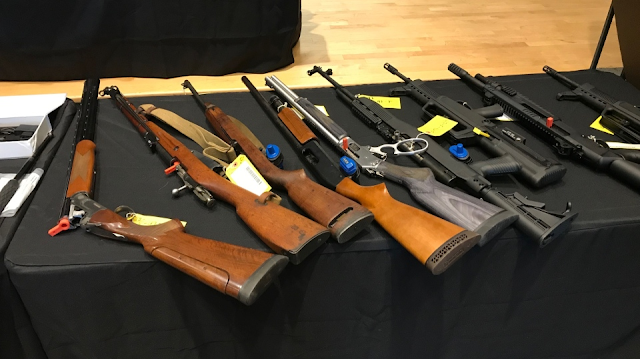 Investigators teamed up with Canada Revenue Agency (CRA) to follow the trail of money, resulting in several charges including money laundering, fraud and tax evasion.

"All income is taxable, including income or revenue generated from illegal activities such as illicit gaming, gambling or loansharking," said CRA's Stephane Bonin. "Our searches included personal residences, business premises, including accountants and business associates." 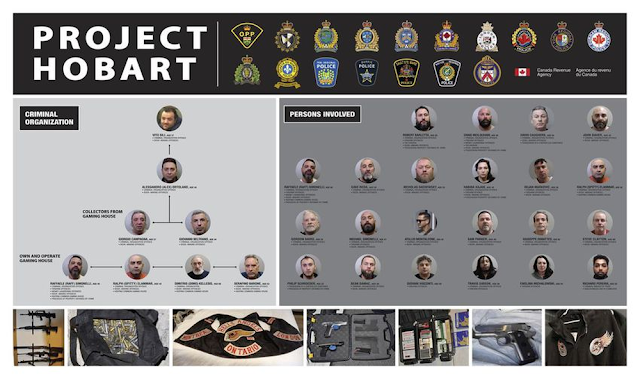 Police from Southwestern Ontario to York Region and the GTA conducted the operations across the province, with help from police in Quebec to lay charges against alleged known members of organized crime networks from London, Ont., to north of Toronto.

"It's more than just a bunch of people betting on the Packers-Seahawks game," explained Det. Insp. Gerry Scherer.

London Police Detective Supt. Chris Newton said the organized crime network has been responsible for violence and threats of violence pertaining to the collection of money and gambling debts. "There have been shootings, robberies, extortion, with the threat of physical harm. So it's not just the betting itself."

"The CRA's willingness to participate in such cases as this one shows we are not afraid to go after members of known organized crime groups."


Police also alleged the ring, with ties to at least one organized crime family, was linked to a homicide west of Toronto earlier this year.

Michael Deabaitua-Schulde was gunned down in the parking lot of a Mississauga gym in March.

Local police had previously said Deabaitua-Schulde was a member of the Niagara chapter of the Hells Angels, and the provincial force said Thursday he was directly tied to the alleged gambling ring. Four people have been charged with first-degree murder in his death.

Police vow to continue their crackdown on illegal gambling across the province.