Noel Harder, 39, was arrested Tuesday evening after police received reports of a man driving an SUV with a gun.

Police said in a release Wednesday morning they found the SUV parked near the intersection of Powe Street and Rayner Avenue around 5:45 p.m. and conducted a high-risk traffic stop. 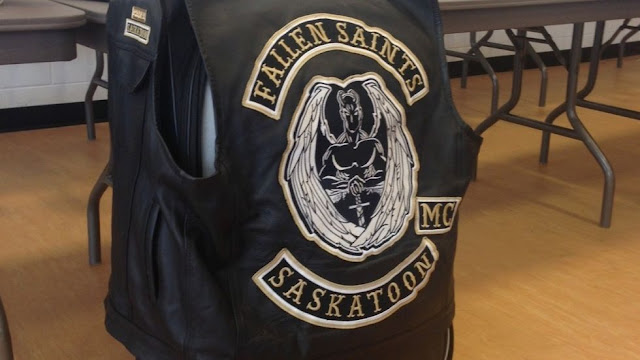 The driver was found to be in possession of a loaded handgun, ammunition, a knife, an imitation firearm, bear spray, an ax and an undisclosed amount of fentanyl.

The former cocaine dealer recorded conversations with other club members, leading to raids in January 15 and charges against 14 men.

Harder later sued the federal government and RCMP for breaking promises when he was placed into witness protection, claiming officials endangered his life.

When reached by phone Thursday, Harder’s lawyer Tony Merchant said he wasn’t aware of the charges against his client.

“As I understand it, (Harder) had indicated that for his own defence he needed to have a weapon and the prosecutor knew that,” he said.