Medford, Oregon (September 22, 2018) BTN— A man believed to have headed the local chapter of a motorcycle club has been sentenced to probation for his role in a firearms deal with undercover federal agents.

Steven Jay Silva, 53, was sentenced in U.S. District Court in Medford Wednesday morning to five years of probation for his role in buying illicit firearms from undercover Bureau of Alcohol, Tobacco and Firearms agents last summer. The guns included a sawed-off shotgun and a silencer Silva believed to be unmarked and unregistered. 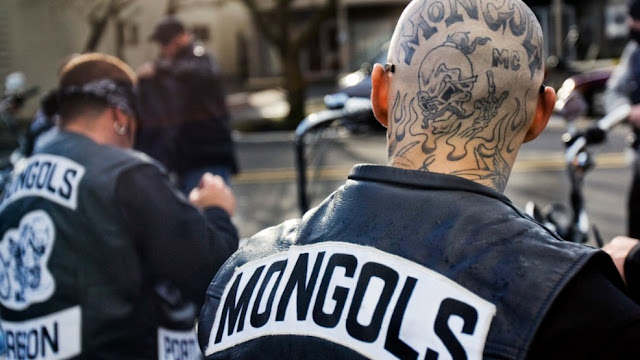 Silva, who police believe was president of the Southern Oregon chapter of the Mongols MC during the summer of 2017, bought six guns, including the sawed-off shotgun, Aug. 14 of last year.

In September 2017, Silva reportedly coordinated a drug and gun buy with undercover agents, which reportedly included 400 OxyContin pills, 90 Vicodin pills, three revolvers and a silencer for which Silva paid $2,050.

A search warrant executed at his home in the 1000 block of Edwina Avenue yielded multiple photos and memorabilia related to his motorcycle gang membership, including his “cut” or vest.

ATF agents say Silva’s patches show him to be “one of the founding Mongols of the Southern Oregon chapter,” before delineating other patches related to the roughly 600-member gang headquartered in central California, which has rivalries with the Hells Angels, the Outlaws and the Sons of Silence, according to ATF agents.

Silva professes to have resigned from the club since he was charged last year. In court filings, his public defender, Brian Butler, argued that Silva has completed drug treatment, maintained full-time employment and has complied with terms of his pretrial release.