Fort Worth, Texas (September 23, 2018) BTN — A fight erupted early Sunday at a hotel bar involving a suspected Mongols MC member that drew the attention of 10 patrol cars, but no serious injuries were reported, police said.

In addition, police said Sunday no arrests were made.

Police have been on high alert this weekend after agents with the Bureau of Alcohol, Tobacco, Firearms and Explosives alerted local authorities the motorcycle club had a rally planned in the city.

The Mongols have been called the “most violent and dangerous” outlaw motorcycle club in the nation, according to the Department of Justice website. 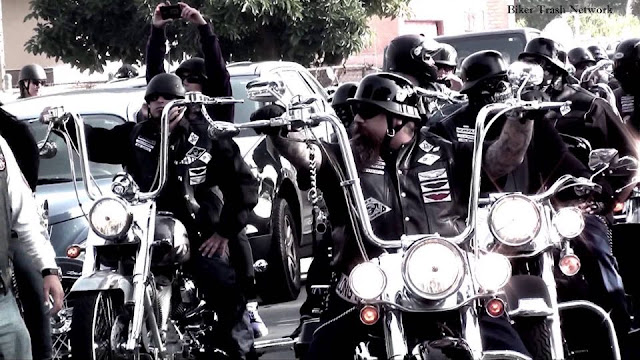 On Friday and Saturday, local police beefed up their presence in the Fort Worth Stockyards after ATF warned the Mongols were planing a rally there.

“They began to have a physical altercation,” said Officer Tracy Cater in a Sunday email.

Police did not provide any more details on the altercation, but a man and a woman suffered minor injuries, police said.

Detectives continued on Sunday to investigate the fight.

Hours before the fight, the Star-Telegram spoke to four Mongols members outside White Elephant bar in the Fort Worth Stockyards and they said all the warnings were all misconceptions.

Police had not reported any other major incidents with the Mongols.