Investigators say not a word was said before the violence started early Monday, September 10.

According to Sheriff Donald Smith, members of the Hells Angels from New York attacked two members of the Pagan's Motorcycle Club outside an inn on Route 11 around 3 a.m. Monday. One man was beaten, and a second man was shot. 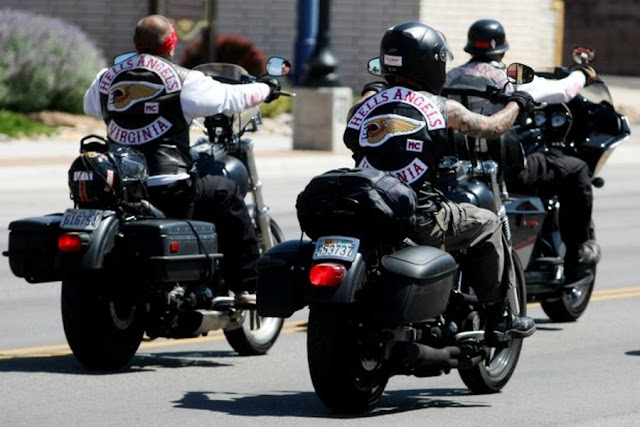 "Both had been at a convention-type thing for the their clubs, and were just passing through the area, and they ended up meeting down in the Greenville area and this is the end result of it," said the sheriff.

"It looks like that the Hells Angels were there first and then the Pagans just showed up to rent a room and it looks like the two just clashed. The one just attacked the other one."

The shooting victim is said to be in serious, but stable condition. The victim of the beating has been treated and released. Both men are from Virginia.

A total of seven Hells Angels have been arrested:

When deputies arrived on location they found a male victim who had been shot and an additional male who was beaten.

Deputies secured the motel and established a perimeter around the motel.

Tactical teams from the Staunton Police Department and the ACSO executed a search warrant on three rooms. At that time seven members of the Hells Angels Motorcycle Club were detained without incident and transported to the ACSO to be interviewed.

The Hells Angels are from the New York City area.

Five are being charged:

Malicious wounding
Use of a firearm in commission of a felony.
Two of the Hells Angels were charged:

Possession of meth
Possession of a schedule 1 or 2 drug while in possession of a firearm
As a result of the search warrant numerous Hells Angels’ clothing, jewelry, and motorcycles were seized as part of the investigation.

Both victims are members of the Pagan MC in Virginia.

The preliminary investigation revealed that one man was shot, and another was assaulted. The shooting victim was transported to the hospital where he is undergoing surgery.

The male who was assaulted was also transported to the hospital to be treated for his injuries.

Seven men were detained at the scene, and the investigation is ongoing.

There is no current threat to the community.

As a precautionary measure, schools and a daycare in the area were notified of the incident.