Aldergrove, B.C (August 30, 2019) BTN — A party with booze and multiple strippers, allegedly attended by Hells Angels Motorcycle Club members, was held in one of Langley Township’s own facilities earlier this spring, according to an internal Township email.

The email exchange between staffers was sent a few days after the April 6 party, in which a group rented a room at the George Preston Recreation Centre.

“It was brought to my attention by another staff member that the Hells Angels rented a room at George Preston Arena on Saturday, April 06, 2019,” the email says. “This group is apparently known to Township staff due to having brought strippers to previous facility rentals.”

The staff member went on to write that there were eight strippers at the April 6 event. 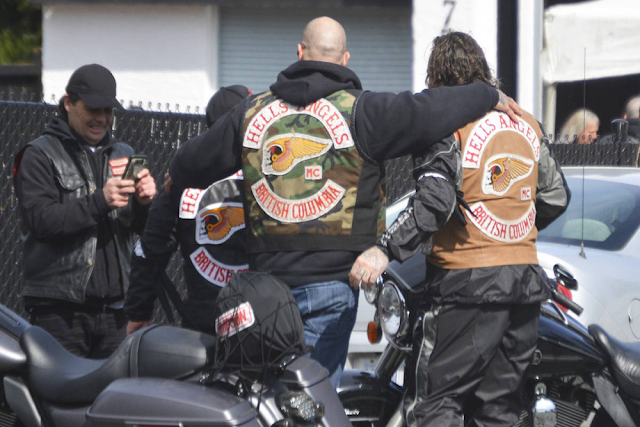 One staff member was told there was a problem in one of the washrooms, and walked in to find eight naked women inside. “Staff were very uncomfortable,” the email exchange said. A more senior staff member replied and noted that both the clerical and facilities departments of the Township would be looking into the matter.

The email was provided to the Langley Advance Times by a Township staffer who asked to remain anonymous. The staffer said the event was not a secret within the Township.

Activities at the event did violate the Township’s terms and conditions for room rentals, confirmed Peter Chevrier, the Township’s manager of corporate communications. Chevrier said the April 6 event was booked as a birthday party.

“We can confirm that the event was booked by an individual and not a group,” Chevrier wrote in an email. “This individual had not rented this facility previously.”

The Township has not responded to questions about whether there were complaints from staff about the previous incidents involving the same group and strippers, or whether staff had a policy of refusing admittance to gang members.

There may be some changes to policies on renting Township facilities to the public in the near future.

“Currently, rental terms and conditions are embedded within our rental contracts, but to better manage our room rentals we have been working on an overarching policy for all of our facilities,” Chevrier wrote in an email to the Langley Advance Times.

He did not comment on what the results were of the Township’s internal review nor investigation after the April 6 party.

The same evening that the party with strippers was booked at the George Preston Recreation Centre, a Loonie and Toonie Public Skate was scheduled for 7 to 8:15 p.m. It is unclear if the party overlapped with the public skate or not.