Cops harass and give tickets to Bandidos MC

The RCPD says they continued to come into contact with other members of the Bandidos and are concerned for public safety. "We have a plan in place to keep them and the residents of Rapid City safe during the run," Medina said. 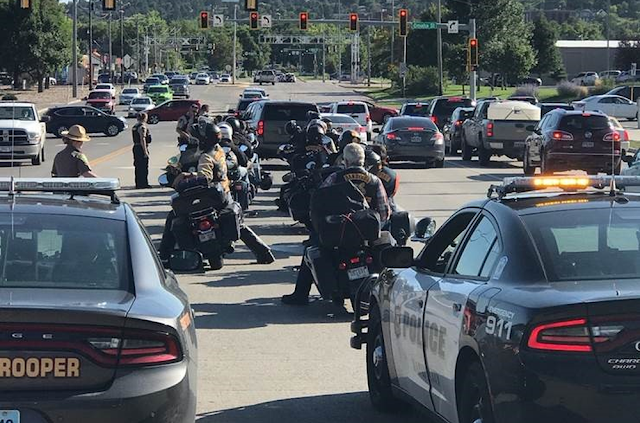 22-year-old Antonio Silva of Los Luna, NM was arrested during a traffic stop and charged with possession of a controlled substance, possession of marijuana, possession of drug paraphernalia, carrying a firearm on a motorcycle commission of a felony with a firearm, and following too closely. According to jail records, Silva appeared in court Friday morning.

According to the police, a large gathering of the Bandidos motorcycle club members is going on in the Black Hills.