Bikes arrived from as far afield as Rumania, lined up in the streets with chrome as far as the eye could see. 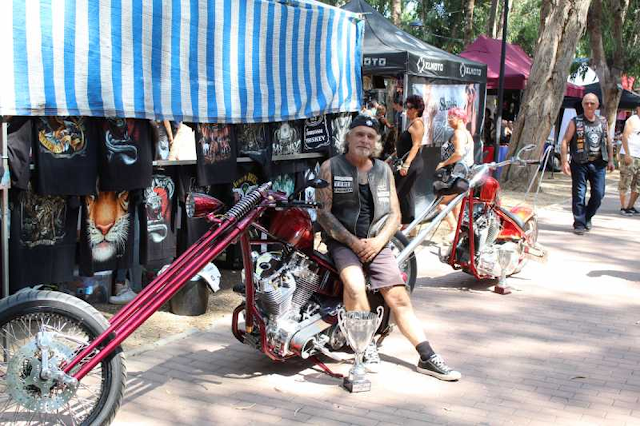 The event was organised, as in the years before, to support a local charity, by the 20 members of the Costa Blanca Hells Angels under the banner of The Custom Bike Show. This year, working with the Alfaz Del Pi town hall and Local Police, all monies raised will go to providing school books to those families not in a position to purchase them themselves. 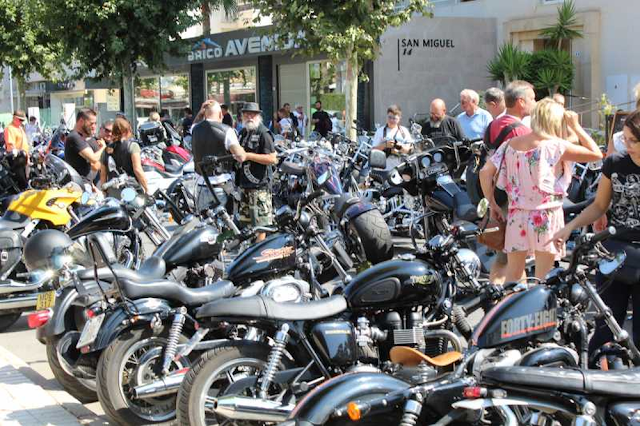 The beautiful and serene surroundings of Albirs Eucalyptus park was transformed for the day into a bikers paradise with pop up shops selling everything from clothing, jewelry, Harley Davidson rental to custom resprays. Supporting the local Hells Angels were many other bike clubs including the Devil Dolls of Sweden and Alicantes Black Riders. 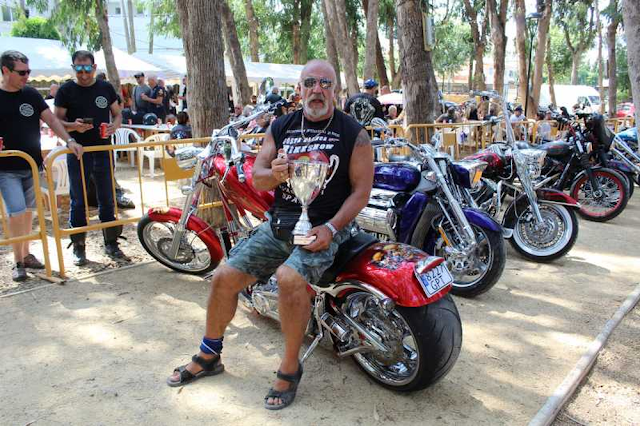 On stage the music was provided throughout the day by the bands Happy Freuds, Reverend Wet finger and The London Blues Company playing a combination of original material, classic rock and punchy blues.

Beneath the cover of the huge Eucalyptus trees, hundreds of leather clad revellers enjoyed the music, fuelled and refreshed by burgers, hot dogs and beers from the nearby catering tents. 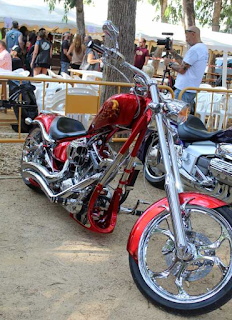 The highlight came with the judging of the selected bikes, with the winner of the peoples vote going to Big Steve with his bike Big Dog Chopper in candy red with 24 karat gold leaf (see photo).

Both 1st and 2nd prizes from the judges choices went to Rune Skullerud from Norway (see photo of man with two bikes). Rune owns the motorbike workshop Iron-Boys in Torrevieja were he builds and sells custom bikes.

As the day drew to an end and the park returned to its usual tranquillity, you could only feel a debt of gratitude to the guys and girls that had organised the event.

Not only for the important charity work they had done but for creating an annual festival that grows in size and importance year after year.