Fresno, California, USA (September 10, 2019) BTN — A group of local motorcyclists say Fresno anti-gang officers overreacted in a raid on their clubhouse Saturday, but a sheriff’s spokesman said the officers had no choice after an armed Hells Angel ran and hid inside the building.

“It was crazy, bro,” said Jay Upton, vice president of the Savage Assassins. “We were racially profiled.” Upton said he is heavily tattooed, and “my appearance sometimes doesn’t accommodate people.” 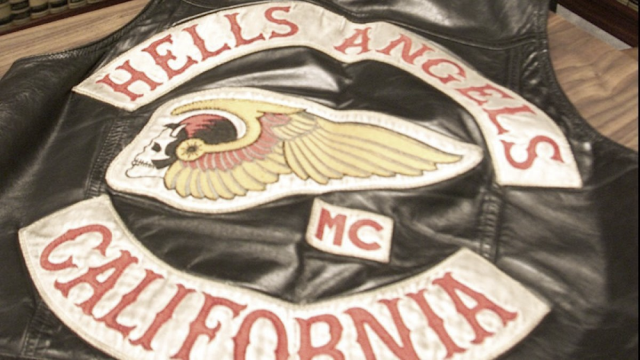 The sheriff’s spokesman, Tony Botti, said there were two armed Hells Angels at the event and dismissed the idea that members of the MAGEC gang unit should have let club members eject the fleeing suspect, identified as Rey Rodriguez, 32, of Fresno, instead of serving a warrant and searching the property.

“That’s not the way it works,” said Botti. His advice: Don’t hang out with the wrong people.

Rodriguez was arrested on charges of being an armed gang member. The other man identified as an Angel, Stephen Meza, 58, of Tulare, was arrested on the same charge as well as carrying a stolen gun. Rodriguez and four others at the party were cited for obstructing an investigation and one person was held on an outstanding DUI warrant.


Upton said the Savage Assassins staged an end of summer event that began Saturday afternoon at their clubhouse on Belmont Avenue east of First Street. A barbecue, cold drinks and a wet T-shirt contest were on the schedule. Upton said he noted a heavy law enforcement presence in the area early in the day, but said he talked the event over with at least one sheriff’s sergeant and it appeared there was a mutual understanding: No alcohol was being sold, only a plate of food. 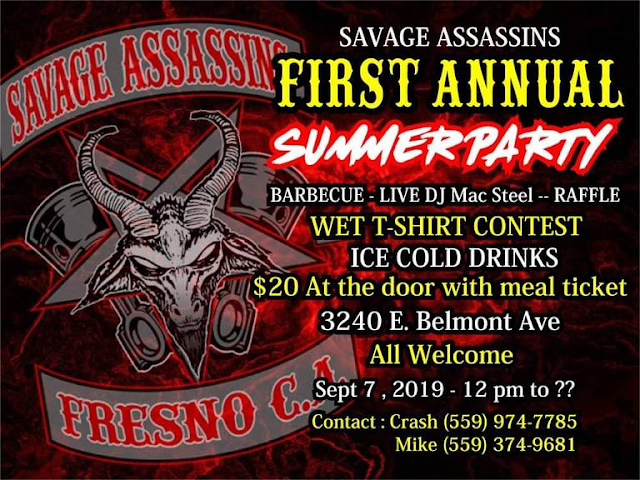 Upton said Christian biker groups were also at the event. “I’m not here to make a nuisance in my city,” he said. Things went south when a MAGEC detective reported seeing that Rodriguez was armed. Confronted, Rodriguez fled inside a steel fence and others inside locked the gate, Botti said. Upton refused permission for officers to go inside to detain Rodriguez. “Not my call,” he said. The Savage Assassins wanted to see a warrant. 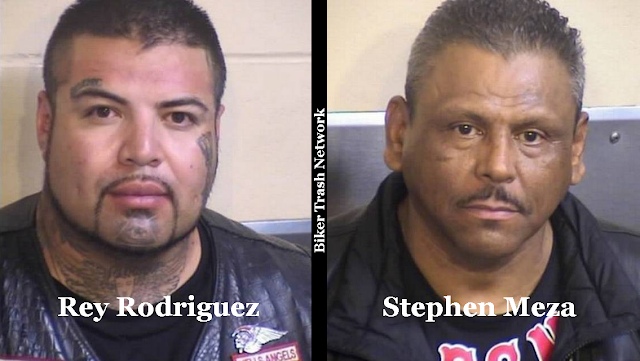 That led to officers obtaining one. In the hours that followed, Upton said party goers were detained with zip ties. Some of the detainees, including Upton’s father, Mike, were in their 60s and 70s, he said. Upton added that his father, who suffers from a heart ailment and COPD, is still in the hospital as a result of the stress.

Upton said MAGEC detectives “destroyed the clubhouse and damaged a steel door at a next-door radiator shop in a search for weapons. Botti said a total of three were recovered: two in possession of Rodriguez and Meza, and one on a motorcycle.

Upton said the incident was “blown way out of proportion,” but members of his club were suffering consequences Monday when they went back to work: “Their jobs are in jeopardy.” Botti said the party goers have themselves to blame for obstructing the investigation: “As the night went on, a lot of them were drunk,” and uncooperative.

As for the potential of any unwarranted damages, Botti said a claim could be filed with the county’s risk management unit.