Portland, Oregon, USA  (September 10, 2019) BTN – A former member of the Gypsy Joker Motorcycle Club facing federal racketeering, kidnapping and murder charges argued Monday that he’s at more risk of retaliation behind bars than he would be outside while awaiting trial.

Joseph Duane Folkerts is a target, said his defense lawyer, Andrew Kohlmetz. “It’s easier to get to him in jail than out of custody,’’ Kohlmetz said. 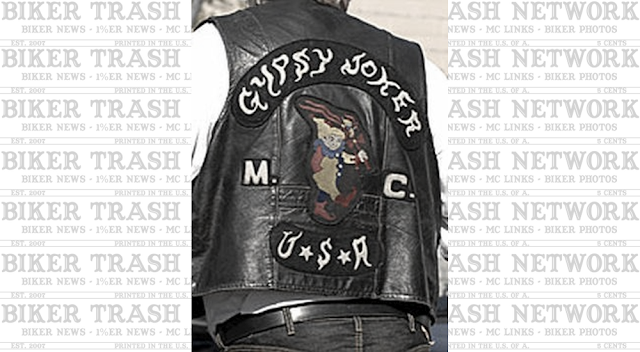 U.S. District Judge Robert E. Jones denied the request to release Folkerts, noting that he’s currently in protective custody and faces a potential life sentence if convicted. Folkerts, 62, is one of four co-defendants who face similar charges and remain behind bars pending an April trial. Two others have pleaded guilty.

Folkerts’ attorneys, by day’s end, filed a notice they plan to appeal Jones’ ruling to the 9th U.S. Circuit Court of Appeals. Prosecutors said Folkerts wasn’t involved in the initial abduction of former club member Robert “Bagger’’ Huggins, 56, who was taken from a home in Northeast Portland to a rural property in southwest Washington, where he was beaten, tortured and killed.

But Folkerts did witness the 2015 beating in Washington, helped restrain Huggins with zip ties around his wrists during the assault and then drove Huggins’ body to a field near Ridgefield, Washington, where it was dumped, according to Assistant U.S. Attorney Steven Mygrant.

Huggins’ body was found by loggers on July 1, 2015 in the Clark County field. He had a fractured skull, a broken rib, a broken leg, a removed nipple, nails driven through his boots, slash wounds to his back and face and many blows to his face. Mygrant said Folkerts was a member of Road Brothers, a different motorcycle club at the time of Huggins’ death. After the killing, he got a patch to join the Gypsy Joker club as a reward, the prosecutor said.

Folkerts’ lawyer challenged that characterization. Kohlmetz said Folkerts was forced to join the Gypsy Jokers after the beating of Huggins. “It’s not a reward,’’ Kohlmetz said. “It’s a threat, purchasing his silence. … ‘Here’s you patch, sir. You’re in.’"

Sometime in the summer and fall of 2016, Folkerts was assaulted by a number of Gypsy Joker club members at the clubhouse and elsewhere and knocked unconscious by one of his current co-defendants, Kohlmetz told the court. Folkerts also had his motorcycle and identification stolen by Gypsy Jokers, his lawyer said.

He was basically “beat out’’ of the motorcycle club, Kohlmetz said.

When he arrived at the Multnomah County Detention Center in downtown Portland after his arrest, he learned from another inmate in his dorm that he had been “green lit,’’ meaning that word had come from co-defendant Earl Fisher that it would be OK to assault Folkerts, Kohlmetz said.

So he was moved to Inverness Jail in Northeast Portland, but once there, he came into contact with two of his co-defendants, Kohlmetz said. He was then shipped out to the Northern Oregon Regional Correctional Institution in The Dalles for his own protection. Somehow, he was housed in a dorm with the son of a Gypsy Joker member and told face-to-face to “shut up," Kohlmetz said. He’s now in protective custody at his own request, according to court testimony.

Fisher and Tiler Evan Pribbernow – two of the six charged in the kidnapping and murder - have pleaded guilty to conspiracy to engage in racketeering. Pribbernow has been described as the government’s "star witness,’’ who delivered the fatal blow to Huggins with the bat.

A seventh defendant, Kenneth Earl Hause, the national president of the outlaw motorcycle club, was accused only in the racketeering conspiracy and released from custody in February pending trial.