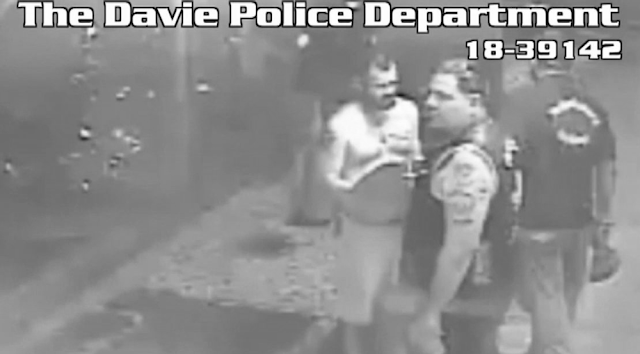 Michael Kline was beaten July 4, 2018, outside of the Road Dawgs Saloon at 13010 W. State Road 84. According to Lt. Mark Leone, they left Kline bleeding on the ground.


Kline's son Michael Kline Jr. told police officers that he had been at Road Dawgs earlier in the evening to have a few drinks with his father and decided to leave him there.

Kline's son also told police officers he remembers seeing several Outlaw Motorcycle Club members there, and his father had argued with one of them a few weeks earlier.

Before the beating, Kline left the bar to buy cigarettes at a nearby Exxon gas station. A witness there told police officers that a man with a long beard and long black hair asked Kline for a cigarette.

The witness said Kline gave it to him and walked back with him toward Road Dawgs, police said. Kline never made it back to the bar. Officers found him lying on the ground bleeding.