Portland, OR (February 15, 2019) BTN – A federal judge Thursday ordered the release of Kenneth Earl Hause, the 61-year-old national president of the Gypsy Joker Motorcycle Club, who is charged in an alleged racketeering conspiracy. But U.S. District Judge Robert E. Jones placed Hause on home detention with electric monitoring and said he must resign immediately from his role as leader of the motorcycle club and not associate with any current or former Gypsy Joker members as he awaits trial. 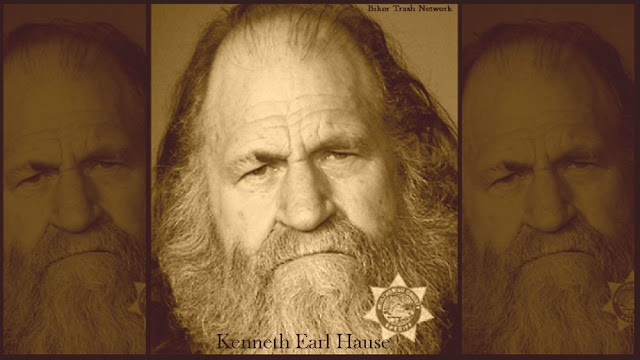 Hause’s defense lawyer, Todd Bofferding, called his client a "man of honor'' and described him as an ailing grandfather who has the widespread support of his local community in Aumsville -- from the chief of police to waitresses in the small Marion County town of about 3,580 people. Hause also can’t get the medical care he needs in jail for his congenital heart failure, Bofferding said.

Though he has a past criminal record, it’s old and he hasn’t been convicted of a crime in 15 years, his lawyer said. “I don’t believe he’s now the man the government believes he is,’’ Bofferding said. Prosecutors vigorously opposed Hause’s release, contending that at his direction as the "Wiz'' or "The Boss’’ of the club, fellow Gypsy Joker kidnapped, tortured and murdered a former club member.

Assistant U.S. Attorney Steven Mygrant called Hause the “chief enforcer of this criminal enterprise,’’ a motorcycle club he said that prides itself on being a “1 percenter’’ group of outlaws, apart from the 99 percent of motorcyclists who abide by the law. Hause has pleaded not guilty to one count of conspiracy to commit racketeering.

Four co-defendants who remain in custody are accused of racketeering but also are charged in the 2015 torture and killing of former club member Robert Huggins, who was kicked out for stealing money and for his intravenous drug use, prosecutors said.

The killing was in retaliation for Huggins’ burglary and robbery at the Woodburn home of Portland’s Gypsy Joker president Mark Leroy Dencklau. Dencklau’s then-girlfriend was tied up during the robbery.