Waco, Texas, USA (February 8, 2019) BTN — Hoping to build on the successes of six anti-gang centers across the state, Texas Gov. Greg Abbott is proposing to add two new crime-fighting centers, including one in Waco.

Abbott announced plans for new Texas anti-gang centers in Waco and Tyler in September and reiterated his resolve to fund the creation of the two new centers and to give additional funding for the six existing centers, during his state of the state address this week. 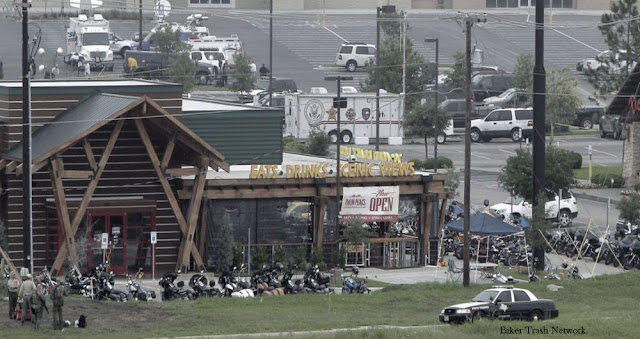 “The State of Texas is sending a message to criminals and gang members that any attempts to compromise the safety of our communities will not be tolerated,” Abbott said. “My top priority as governor is keeping Texans safe, and these latest proposals will help me do just that.”

“The governor has said we know that these work because we have seen the results,” Whitman said. “In 2017, 1,400 criminals associated with gang-related activity were taken off the street in the Houston area. We have seen the results and we need to replicate that around the state, and the next two places we are proposing to do that are Waco and Tyler.”

Abbott has requested $7.1 million to continue funding for existing anti-gang centers and the two proposed centers, Whitman said. The Waco City Council approved a resolution Tuesday for the city to submit a $3.5 million criminal justice grant request to the governor’s office to fund the Waco center. If awarded, there would be no matching local funds required, Whitman said.

Funding is contingent on approval from the Texas Legislature, but Whitman said the governor has widespread support from lawmakers for most of his criminal justice proposals. The grant awards will be released in September, he said.

Waco police Sgt. W. Patrick Swanton said if the money is allocated for the center in Waco, there is no specific timeline to have it operational. He said it will take time to find an appropriate location, furnish and equip it and select and possibly train officers who will participate.

“As a department, we are very proud that the governor thought enough of us to ask us to be a part of this,” Swanton said. “It also is a big deal for our community because it will make our city safer. If you look at our past history, we know that gangs are here. We had outlaw motorcycle gangs that disrupted our community several years ago. There are prison gangs. MS-13 is here. Mexican Mafia members are here. Other prison gangs, the Bloods, Crips, they are here. We kind of run the gamut from everything from large organized prison gangs to your little neighborhood wannabe gangs. The officers will deal with those and try to cut off the head of the snake.”

Swanton said Waco likely was selected because of its central location, its gang presence and the May 2015 midday shootout at the former Twin Peaks restaurant between rival biker groups, Bandidos and Cossacks, that left nine dead and 20 wounded.

“Gang members are some of the worst criminals out there, and our history with the Bandidos and Cossacks show the level they are capable of,” Swanton said. “They could care less about the citizenry. When you have a shootout in a very open mall area in the middle of the day, they don’t care about citizens and their safety. They could care less about who is in their way or who gets hurt, and that is what we are trying to combat.”

The state’s first anti-gang center was established in Houston in 2012.

“Gangs and their associates are a significant threat to public safety, not only because of their penchant for violence and criminal activity, but also their relationships with other criminal organizations, such as Mexican cartels,” DPS Director Steven McCraw said in a statement. “The TAG centers utilize a proven strategy to increase safety in our communities by seamlessly coordinating local, state and federal resources in an effort to identify, disrupt and prosecute ruthless gangs operating in our communities.”

“I really appreciate the governor supporting law enforcement in our area that way,” Anderson said. “There are others around the state that have done well, and I am pleased the governor is helping to protect us in our area and I believe it most likely will come to fruition.”