Ghent, Belgium (February 12, 2019) BTN —  The police action in the Ghent borough Gentbrugge at the club room of motorcycle club Hells Angels came after a 44-year-old man claimed that he had heard gunshots in a quarrel in the room. Meanwhile, the man confessed that his report was false, reports the Ghent department of the parquet East Flanders. 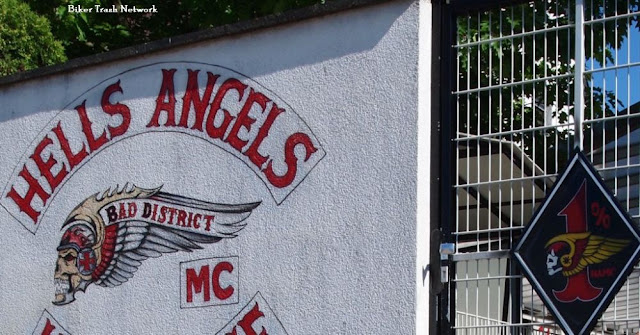 The 44-year-old man from Ghent phoned the local police around 21.20, stating that he had heard several gunshots in the Hells Angels club room. 'According to the report, there would be a quarrel and some people would have fled the room', says press magistrate An Schoonjans of the Ghent department of the public prosecutor of East Flanders.

There were deployed heavily armed agents, a helicopter and special units (POSA). Certainly two men were taken into a police combination. The police immediately went on the spot. The club room is located on the Brusselsesteenweg in Gentbrugge, near the entrance and exit of the E17.

The traffic coming from the exit was diverted by the special assistance team of the Ghent local police. 'All persons present had to leave the room and the police conducted a search,' says Schoonjans. "Nothing suspicious was found.

The eleven persons present were taken by the police for questioning, but they were allowed to go home after the call was false. ' The police started the action on Monday at 10 pm, which lasted until 0.30 am.

The caller could be identified and arrested by the police. 'During his interrogation last night he confessed that the appeal was false and that he made up the facts', says the press magistrate.

The forty is no stranger to police and justice. He will be prosecuted, says the prosecutor. Should the case come to court, the Hells Angels might claim damages. But it will probably not come that far.

In 2016 there was a shooting at the club room, but the shooter was not found.