Mason, who is a former member of the Bandidos motorcycle club, shot and killed Dusty Childress in March 2017 on County Road 341, just east of the Abilene Environmental Landfill. 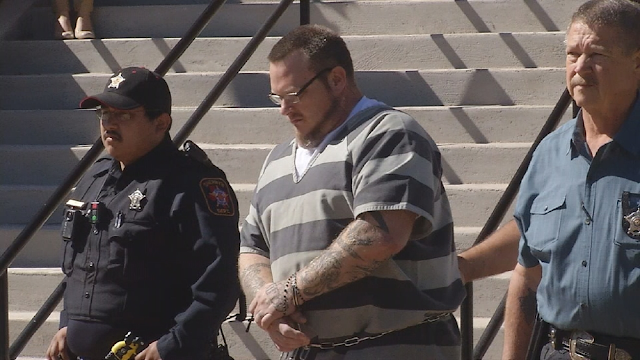 Mason asked the jury to decide his sentence. The jury began the sentencing phase Wednesday afternoon and continued Thursday morning. The defense brought four character witnesses to the stand in front of the jury on Thursday.

Mason's bail bondsman, who also rented a residence to the defendant, told the court that he had never had trouble with him.

A friend of Mason's for approximately five years, stated that she never felt in danger around Wesley. She mentioned that she had been around gatherings of Bandidos, but did not feel unsafe around them. She was woman that Wesley went to after the shooting in 2017.

The defendant's father, testified that he has maintained a positive and healthy relationship with his son. He stated that Wesley was in the U.S. Navy for several years and that he had two daughters. "Wesley never harmed anyone growing up, and he loved kids." Chuck is not known to have ties to the Bandidos.

Mason's mother was the last character witness to take the stand Thursday. She stated that Wesley would never kill anyone on purpose.

Closing arguments were presented and the jury deliberated for sentencing.

On Wednesday additional people took the stand like Mason's probation officer. She said the Bandidos are a dangerous gang.

Also a self proclaimed motorcycle "gang" expert said he wouldn’t feel safe being in a room with Mason.