Quebec, Canada (February 21, 2019) BTN — A former Hells Angel who took part in one of the most notorious crimes committed in Quebec when he and other bikers slaughtered fellow club members three decades ago is a free man again, despite having recently pleaded guilty to assaulting someone during a road-rage incident in Montreal. 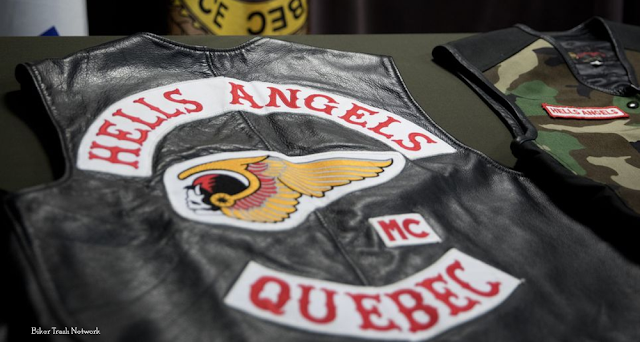 Jacques Pelletier, 63, was a full-patch member of the Hells Angels in 1985 when the club decided to slaughter several members of its now-defunct Laval chapter. The club members who were killed in what became known as the Lennoxville Purge were considered unruly drug dealers whose actions affected relations with other organized crime groups, notably the leaders of Montreal’s West End Gang who supplied the gang with cocaine. 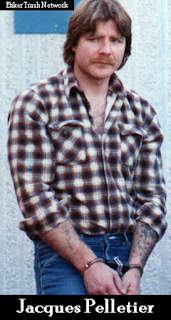 On March 24, 1985, five Laval members were shot to death after they were summoned to a Hells Angels’ clubhouse in Lennoxville, just outside Sherbrooke. Several Hells Angels were present that day and played a role in the slaughter, but only four — including Pelletier — were convicted of first-degree murder and received life sentences.

Pelletier was granted full parole in 2013, but returned behind bars a couple of times for parole violations. For example, in October 2017, he was returned to a penitentiary after police noticed his motorcycle parked outside a strip bar frequented by known criminals.

In November, he was returned to a penitentiary again following his arrest, by Montreal police, for his role in a road-rage incident during which he got into a shoving match with another driver on Oct. 18.

According to court records, the incident was considered minor by the judge who ultimately sentenced Pelletier, on Feb. 6, to pay a $1,000 fine after he pleaded guilty to one count of simple assault. But Pelletier remained behind bars because he also had to explain himself to the Parole Board of Canada for having violated his release by not keeping the peace.

On Wednesday, the parole board decided to lift the suspension of his parole after having heard Pelletier’s version of events. According to a written summary of the decision, Pelletier feels he was the victim in what transpired in October.

He told the board he was driving home from work when he stopped at a light and the driver of another vehicle got out and challenged him to a fight. The other driver apparently felt that Pelletier had cut him off. He said he tried to discuss things with the man, who grew more aggressive and ended up tearing Pelletier’s jacket. The man pulled out his cellphone and took photos of Pelletier as well as the licence plate on his car.

Pelletier called his parole officer immediately to report the incident, and a co-worker who was riding in his car later told the police that Pelletier wasn’t the instigator in the dust-up. The judge who heard Pelletier’s short trial this month at the Montreal courthouse did not believe the other driver, who claimed Pelletier had punched him. The judge found Pelletier guilty of using excessive force while he tried to take the man’s cellphone from him.

According to the parole board, Pelletier quit the Hells Angels in 1995.