El Monte, California (February 24, 2019) BTN — A motorcyclist was shot and wounded Saturday on the 10 Freeway in El Monte by a suspected member of the Mongols Motorcycle Club, authorities said. Two motorcyclists were riding just east of the 605 Freeway at around 1 p.m. when they were surrounded by four to six riders who likely belong to the Mongols Motorcycle Club, according to the California Highway Patrol. 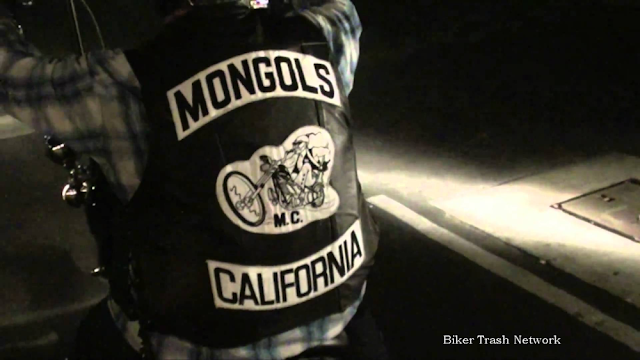 An alleged Mongols member then shot one of the motorcyclists, who was riding a red Honda CBR 1000, in his right thigh, the CHP said. The wounded motorcyclist exited the freeway at Garvey Avenue and called the police.

He was taken to the hospital. Authorities were still searching for the suspected shooter Sunday night. Witnesses said the man has an unknown tattoo on his forehead and a long ponytail. All westbound lanes of the 10 Freeway at Interstate 605 were closed for an hour while officers attempted to locate evidence, the CHP said. They found two .380 caliber shell casings and shards of a bullet.

The Mongols were formed in the 1970s in Montebello, it has expanded over the decades to include several hundred members in chapters across Southern California and elsewhere.