Spring Hill, Florida, USA (August 31, 2019) BTN — The Florida Sheriffs Association is offering a $5,000 enhanced reward for information leading to the killer of a member of the Pagan's Motorcycle Club in January. The reward will be combined with a $3,000 reward offer by Crime Stoppers of Tampa Bay.

At 6:52 on Jan. 16, Pasco County Fire Rescue received a call about a gunshot victim at 14838 Glenrock Road in Spring Hill. When they arrived, they found James William Earl, 32, dead in his driveway as his fiance, Stephanie Harper, stood over his body, inconsolable. 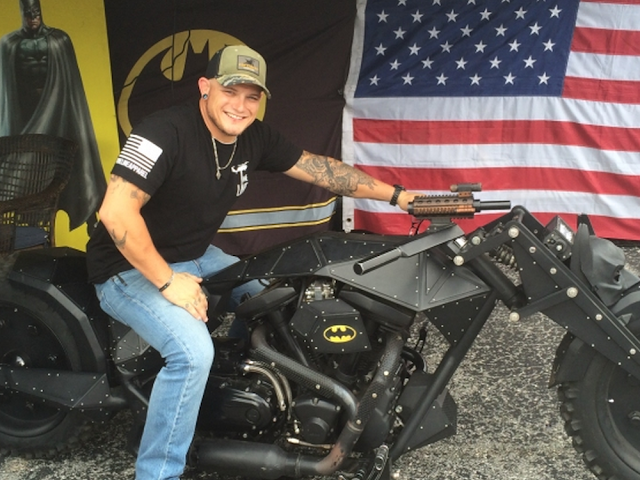 While Earl was a documented member of the Pagan's Motorcycle Club, he didn't fit the stereotypical profile. He grew up in Fairfield, Illinois, where he lettered in track and field at Fairfield High School. He joined the U.S. Navy and was stationed in Afghanistan, returning home with a collection of combat medals pinned to his uniform. The father of a young daughter, Earl had an associate's degree in nursing and was enrolled in the National Aviation Academy in Clearwater at the time of his death.

But it was his affiliation with the motorcycle club that piqued the interest of the FBI and Bureau of Alcohol, Tobacco and Firearms agents and fueled speculation of an impending motorcycle clubwar. The day after his murder, the FBI arrived to search Earl's home. The agency has yet to say what they were searching for.

Earl is the second member of a motorcycle club to be murdered in Pasco County.

On Dec. 22, 2017, Paul Anderson, the president of the Outlaws Motorcycle Club, was murdered execution style during rush hour traffic near the Suncoast Parkway and State Road 54.

Three members of the rival motorcycle club, the 69ers, were arrested.