Calvin Junior Powery-Hooker, 20, and Nathan James De Jong, 21, were arrested minutes after Grewal was shot to death in the drive-thru of a Starbucks in South Surrey about 9:20 a.m. Friday morning. Each faces one count of first-degree murder, Sgt. Frank Jang, of the Integrated Homicide Investigation Team, said late Saturday. 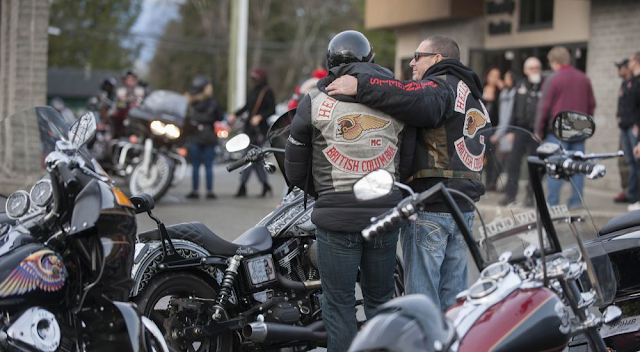 He said IHIT and its partners have been working continuously since Grewal’s murder and “have forwarded their findings so far in the investigation for charge approval consideration to the B.C. Prosecution Service.”

“The two accused men are known to police and investigators are firm in their belief that this was a targeted incident,” he said. “We urge anyone who had recent contact with Calvin Powery-Hooker and/or Nathan De Jong to contact IHIT as soon as possible. IHIT is appealing to the public for dash cam video from drivers who were travelling along 152 Street between 32 Avenue and 96 Avenue around the time of the shooting.”

Neither Powery-Hooker or De Jong have any criminal history in B.C., according to the online court data base. But Powery-Hooker faced an aggravated assault and unlawful confinement charge in St. Albert, Alberta two years ago. The charges were then stayed in January 2018. He was referred to at the time as a resident of Edmonton.


De Jong also appears to be from the Edmonton area. Grewal, 43, was shot to death as he sat in his Dodge Viper in the 3000-block of 152 Street, surrounded by other vehicles and passers-by. Jang said earlier that Grewal died at the scene.

“Immediately following the shooting, members of the public phoned police with information regarding a suspect vehicle which was quickly passed on to all officers. Frontline officers of the Surrey RCMP, members of CFSEU’s Uniformed Gang Enforcement Team and Police Service Dog Garner of the Integrated Police Dog Services (IPDS) responded promptly and were able to intercept the suspect vehicle and subsequently arrest two men in connection with the earlier homicide,” Jang said.

He said investigators are doing a neighbourhood canvass searching for video surveillance footage and witnesses. “IHIT’s crime scene manager will be working with forensic specialists from the Integrated Forensic Identification Services to complete a fulsome forensic examination of the suspect vehicle and the physical evidence collected at the scene of the shooting,” he said.

“Mr. Grewal was a well-established member of an organized crime group and it is believed that his homicide was targeted. IHIT will be engaging with numerous gang enforcement units throughout the Lower Mainland region that will be working to mitigate any on-going violence.”

Grewal and Wilson were both former members of the club’s Haney chapter in Pitt Meadows before helping form the Surrey-based Hardside chapter in early 2017. Mounties in Surrey reviewed all legal means to block the setting up of a clubhouse, but had no legal authority to deny anyone from purchasing or renting a residence.

Police are still probing several theories in connection with the Nov. 18, 2018 slaying of Wilson. Grewal was the Hardside Hells Angel who created a formal link between his chapter and the volatile Brothers Keepers gang. That alliance meant that conflicts the Brothers had with other clubs or over specific incidents of violence could then become issues for Grewal, too.

The Brothers Keepers has had a more direct involvement in shootings and murders that have become part of what police describe as the Lower Mainland gang conflict. Dang said that despite the arrests made Grewal’s shooting, “there is much work ahead for our detectives and partners this long weekend.”