Melbourne, Australia (August 5, 2019) BTN —A man has been arrested after police seized a loaded firearm and drugs believed to be steroids from the Bandidos MC clubhouse in Melbourne's north.

The police raided properties in Brunswick and Doveton in Melbourne's south-east on Thursday as part of the anti-bikie Echo Taskforce.

The State Emergency Service assisted police with floodlights, as it was still dark, at an address on Weston Street in Brunswick on Thursday morning, a spokeswoman confirmed. 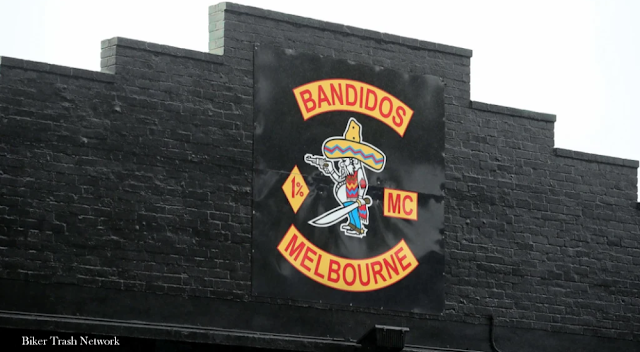 Along with the firearm and drugs, a 48-year-old man was subsequently arrested at the Brunswick property, and charged with possessing an unregistered handgun and unlicensed ammunition as well as a drug of dependence.

No one was arrested and no items were seized at the Doveton property.

Victoria Police said the two search warrants had been executed as part of an ongoing operation.

"Echo Taskforce detectives have executed two warrants this morning, one each in Brunswick and Doveton, as part of an ongoing operation," a spokeswoman said. "As the investigation is ongoing, it would not be appropriate to comment further at this time."

The clubhouse has been the scene of violence in the past.

Former Bandidos enforcer Toby Mitchell was shot by two gunmen in an attempted hit outside the Brunswick clubhouse in 2011.

In 2014 a drunken passerby was beaten to death after taunting a dog tied up outside the clubhouse.